Today San Diego based eclectic tropical-pop band, HIRIE, are releasing their third album Dreamer via Controlled Substance Sounds Labs, showcasing frontwoman/vocalist Trish Jetton’s growth on her most collaborative and emotionally vigorous journey yet. Dreamer is a sonic journey baselined by island beats that celebrates the bold, joyful, and even messy impulses that drive the female experience. 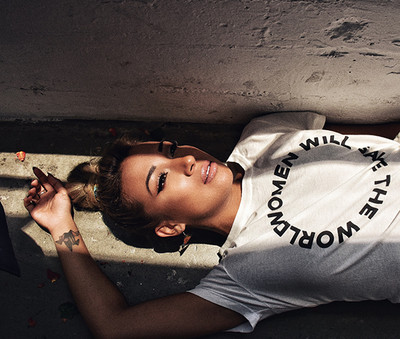 Dreamer was the first true songwriting collaboration for Trish; she penned the majority of the tracks with The Drive—a.k.a. songwriters Mark Merthe and Nate Evans. “I was trying to attract different genres even though the basis of this album is reggae. A lot of times it was like, ‘Let’s write something fast.’ ‘Let’s write something you can dance to.’ ‘This theme, let’s go for this.’ Everything you hear is a slice of me,” she says. “One day I wanna write a sad song. One day I wanna write a ska tune.” The writing took about two years, but the recording – which was done at a live-in studio called Sonic Ranch in El Paso, Texas with producer Danny Kalb (Ben Harper, Beck) – took less than two weeks.