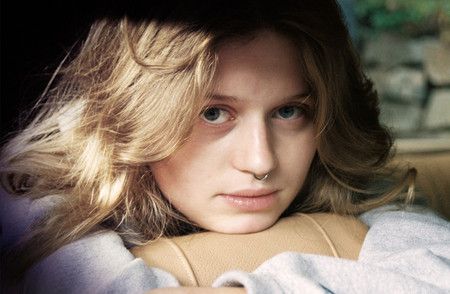 Norway’s girl in red releases her brand new single, bad idea with a stunning new video &that features on her newly release chapter 2. It’s a song which is all about leaving logic at the door, and going with your impulses. Her chapter 1 & chapter 2 EP’s have also been bundled on a very special vinyl release called beginnings.

girl in red explains how the song came to be; “i got the idea for the song after being on and off with a girl. i found myself going back to her repeatedly even tho i knew i shouldn’t have. for me bad idea is about wanting something very intensely and going for it without thinking about the consequences”

The song also comes with a brand new visual. “when i write music i see short film scenes in my head. while writing bad idea i saw lots of red colors and dark bedroom scenes so i knew what i wanted it to look like fairly quick. i worked with my friend isak jenssen on the video cause he always understands what i want. he has helped me so much. the video shows what the song is about. going for something or someone out of pure instincts and lust because its what you want, and not necessarily whats best for you”