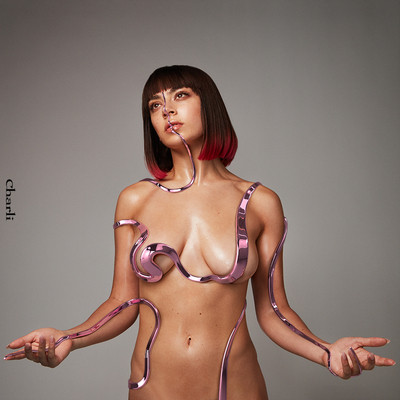 ‘It’s a really beautiful song and the idea actually came about because A. G. sent me this demo of him singing just a melody, no lyrics, but it was so beautiful, and I sat with it for ages and just played it over and over again. I really like it when A. G. sings, it’s always really inspiring to me so I wrote these lyrics, it’s about unrequited love or more just like when you are in it with someone and they are a player and you aren’t in that zone and you just can’t get on the same page. Danielle, Este and Alana came over to our studio house and they wrote their part, we were in LA when we did that and I’m just very happy we got to collaborate.’ – Charli

The art of collaboration is at the heart of the album, a verified savior of pop, Charli seamlessly binds musical genres from the vast pop spectrum. With Executive Production by Charli XCX and A. G. Cook, collaborators include Lizzo, Christine and the Queens, Haim, Troye Sivan, Brooke Candy, CupcakKe, Big Freedia, Sky Ferreira, Clairo and Yaeji. Charli teamed with AR makeup artist Ines Alpha to design her artworks with a goal of dismantling classic beauty ideals, a pairing which resulted in her striking album cover.