Self-reflection. Maturity. Rapper Stevie Ray bares his soul in the soul-searching hit “Feeling Old.” On the surface it’s easy to dismiss this Bay Area rapper as just another hip hop artist trying to diss on life and miss opportunities. From the beginning surf-guitar riff, Ray changes the outcome with is potent prose and proves his mix of lyrical genius and instant rapport is undeniable. 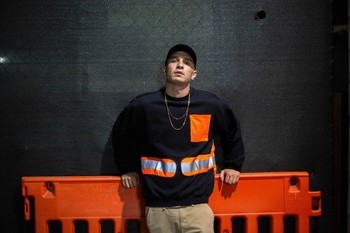 “Feeling Old” is a track from Ray’s forthcoming album, Free. Appropriately titled on both ends, Ray’s connection with listeners is refreshingly honest. As a first time listener to his work, one would be impressed not only with the overall track’s flow (the cadence and production is tops) but with Ray’s wordsmith mind. Lyrically, he traverses the human spirit with “why you hung up on the stumble and falls / I thought you wanted it all…sometimes the best medicine is to let someone know what you’re going through.” In the year 2019 with so much online hate and backstabbing, it’s beyond refreshing to have an artist step back and reflect that it’s easy to be oneself up over past failures. Share how you feel. Share your missteps and understand that it’s human. It’s that same openness that makes “Feeling Old” universally experienced.

In Ray’s official bio, he makes a point to say that his core believes are surrounded by generosity, discipline and compassion. “Feeling Old” is a prime example of an artist putting his art where his mouth is; the listener feels a common bond and instant trust with Ray. It’s a positive song, but it’s a real song. The song’s protagonist is at times spending the whole day doing nothing, living the stoner life. It’s as if to say, hey, look, we’ve all been young once, we’ve all had the days where the video games seem a better distraction that hustling our work. But, it’s time to grow up and take responsibility. The trick is that Ray never panders or makes his audience feel like he’s a fuddy-duddy. He really excels at making the listener feel like no time like the present and that one can choose their own adventure.

The underlining music track is chill enough to feel like a presence; but really the star of the song are the lyrics and Ray’s method of delivery. He’s smooth. He’s not cheesy or angry. He’s real and he feel like he’s an artist that gets his fans. He gets the human condition. The only negative to this song is that it could have had a bit more changeups and layers of music. But, really, Ray accomplishes the depth with his meaningful words.

Overall, Stevie Ray “Feeling Old” is feeling pretty damn great. He’s a solid lyricist and artist with a fresh perspective and unique voice. He carries a lot of momentum with “Feeling Old” and the hope is that he can continue that positive appeal with the rest of what Free has to offer.