Summer is almost here, and Labán has got the perfect slow jam to kick it off in style. His latest single, “Para Ti” (from Todos Somos Dueños de Aquí), is a four-minute adventure through jazz history; in the first act of the song, he embraces the slow-churning grooves of the roaring 20’s; in the second, he takes a midcentury pop melody out for a walk on the back of a bassline brimming with charm; and for the finale, Labán brings us home with a crossover guitar solo that pierces through our stereo speakers and leaves us itching to play the track all over again. 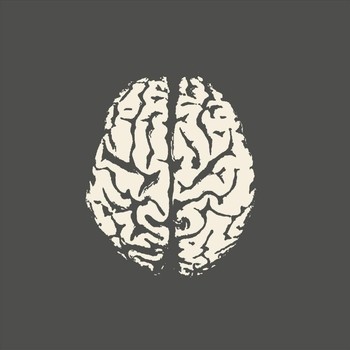 The erotic emissions that Labán has to share with us in “Para Ti” are sung in Spanish from beginning to end, but don’t sweat it if you aren’t familiarized with the common language of his native Mexico. There’s something in his vocal that transcends culture, linguistics and poetry; it’s his melodic, honeysweet style of croon, which could be used to literally sing us the directions to setting up a piece of Ikea furniture and still inspire authentic chills. The narrative in “Para Ti” is well-represented in the music surrounding the lyrics, and that makes this Latin pop song one of the more relatable to audiences of all backgrounds that I’ve heard recently.

As a guitarist myself, I have to say that the string parts in this single are some of the most riveting that Labán has included in a track. From the second that they come creeping through the miniscule gaps in the bassline, they’re demanding our attention with a whispered melody that, while being rather quiet, can’t help but make the hairs on the back of my neck stand straight up every time I hear it. Labán’s phenomenal singing is always the main reason to check out his new music, but there’s something to be said about the luscious licks that give “Para Ti” its greatest attribute.

My one complaint with this single has nothing to do with the structure of the song, nor does it address the way that Labán executes any of his vocal parts. The bass really could have used a bit of overdrive, if for no other reason than to give it more of an R&B flare, but I don’t fault the producer for taking this route instead. Labán does best when he sticks with an accustomed jazz model, and unlike a lot of his American counterparts, he rarely shows any traits that we would associate with halfhearted hybrid artists.

I’ve been following Labán’s journey for a hot minute now, and if you didn’t jump on the bandwagon with the release of “Dueños de Aquí” or the equally sensuous “Quién da Más,” this is an excellent way to acquaint yourself with the songwriter who has so many English and Spanish-speaking pop disciples abuzz this spring. Todos Somos Dueños de Aquí has quickly become an album that I’m dying to get my hands on, and its cornerstone singles have given it a lot to live up to. My gut tells me that it won’t let us down, much as these last three samples from its tracklist haven’t.

The music of Labán has been heard all over the world due to the promotional services offered by Danie Cortese Entertainment & Publicity. Learn more here – http://www.daniecorteseent.com/