Like a gentle breeze initiating the first chilly evidence of autumn, a piano accents a torturous silence with a warm tonality that will soon yield an immaculate melody in “Chrysalis,” the new single from Joey Curtin. Curtin’s conservative dispatch of magnetizing harmonic notes churns us in a vortex of colors and textures before returning us to a steady beat and allowing for all who are listening to float alongside the shapeless rhythm ruling over the music. No one is singing, but it’s almost like the instruments are whispering sweet nothings to us in some instinctual language of the gods. “Chrysalis” is a sobering, fully-engaging listen for those of us who have been aching for something original this spring but have felt underwhelmed by the offerings of an inept mainstream. 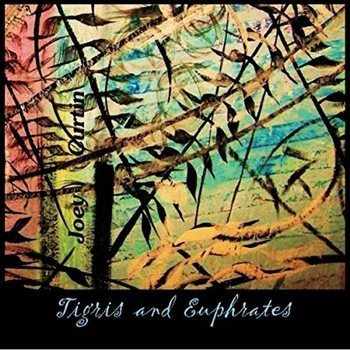 This song has four very unique stages that it flows through without every encountering the stylistic hiccups that so many of Curtin’s peers have dealt with when trying to conceive something as ambitiously constructed as this track is. The first stage is defined by the synthesizer’s torment over the piano, which does everything that it can to escape the grasp of these dynamic, although minimalistic, sonic screams in the dark. The second starts off roughly a minute and fourteen seconds into the song, and focuses all of the limelight on the keys and their isolation amidst an occasionally threatening backdrop of swelling synths and artificial string harmonies. We’re in the palm of Curtin’s hand after two minutes, and clinging to her dexterous finger-play by the third.

Catharsis hits us like a tidal wave as the ominous wall of ambient textures starts to dissipate around halfway through the fourth minute of the song. Curtin doesn’t let off the gas as we inch closer and closer to the climactic finish, but she’s also very careful to avoid getting carried away and embracing the excesses that come with a jubilant, freestyle jam. There’s an indulgence in the melodies that is restricted to the multifaceted complexities in the instrumentation, and it never protrudes into the production value of the track for a second. Part of the reason why I’ve come to enjoy what Joey Curtin does with her studio recordings is that she always knows where to draw the line between venturing into uncharted territory and tripping into self-serving overindulgence, which is something that I could only hope to see in the work of her closest rivals.

As “Chrysalis” retreats into the ethers from which it triumphantly emerged only five minutes earlier, I’m inclined to reexamine the track once more if for no other reason than to further dissect the layers of postmodern expression that make up its framework. You’d be hard-pressed to find anything quite as engaging as this when surfing your local FM dial this season, but those of us who have been listening to Joey Curtin since the beginning could have already told you as much. Curtin reaches through the speakers and delivers a monolithic melody that is dreamlike in its surreal structure here, and whether you’ve got a fetish for the experimental or not, it’s definitely worth a second glance this month.