Stockholm-based artist FELIN creates powerful connections between sound and visual, constantly exploring how these two worlds collide. Surrounding her is a creative power-house collective that have the combined experience of writing for the likes of Adam Lambert, and having visuals published in Interview Magazine and Harper’s Bazaar. The music is unapologetically cinematic, drawing from theatrical influences – the dark humour of Tarantino being one of note. Combining pop melodies and rock energy, FELIN has played the historic Rockpalast in Germany and supported The Chainsmokers last spring. 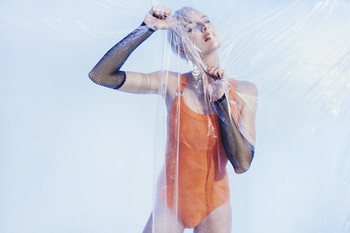 After her well-received debut EP and follow-up single, FELIN is back with a statement that’s bolder than ever. As the second single from her upcoming debut album, new track ‘Woman With A Knife’ follows on from powerful and bluesy ‘Black Heart’ both sonically and thematically.