Silver Lake 66 (Maria Francis & Jeff Overbo) have returned with their second record, Ragged Heart. Following a winding road that started in the midwest and detoured through Los Angeles, the pair have settled in Portland, Oregon. Already known for their dynamic live performances, Silver Lake 66 showcases that diversity, songwriting and energy in full force on Ragged Heart. Combining classic country sounds with rock n roll enthusiasm and the lyrical mastery of folk music, the record is a compelling listen from start to finish.

MerleFest, presented by Window World, has officially come to a close, but not without a number of electric collaborations, spontaneous sit-ins, and world-class performances. Wynonna & The Big Noise, Amos Lee, Tyler Childers, Sam Bush Band, Brandi Carlile, and The Avett Brothers all brought extra MerleFest energy to the Watson Stage, marking another successful year for the long-running festival. Early estimates show that from its start on Thursday, April 25, to its close on Sunday, April 28, participation over the festival’s four days exceeded 75,000 attendees and artists from across the world. MerleFest, held on the campus of Wilkes Community College, is the primary fundraiser for the WCC Foundation, which funds scholarships, capital projects, and other educational needs.

The highly anticipated official music video marking Taylor Swift’s return has set a brand-new 24 hour Vevo record with over 65 million views, taking the No. 1 spot from Ariana Grande who was the incumbent Vevo record holder with 59 million views for ‘thank u, next.” Previous record holders have included Miley Cyrus and Adele.

Martin Garrix is never one to sit still and he has been releasing one track after another including releases ‘Ocean’ with Khalid, ‘In The Name Of Love’ with Bebe Rexha and ‘Scared To Be Lonely’ with Dua Lipa. Now teaming up with Macklemore and Fall Out Boy’s front man Patrick Stump on ‘Summer Days’, he might have his hands on the another smash!

THE LESS FORTUNATE New Official Video ‘Inside The Mastermind’

US metalcore/nu metal group The Less Fortunate have released the first material from their upcoming self-titled album due out on Sliptrick Records later in the year. The video for Inside the Mastermind is a tale of tragedy and perseverance. Featuring newcomer Colter Steffens in the lead role, he draws from his personal experiences, while the band utilizes the backdrop of urban decay. Inside the Mastermind was shot on location in Pittsburg, KS (thank to John Kutz & Mark Blankenship) and Joplin, MO. The segment was written and directed by Stillpoint Visions from an original concept by the band themselves.

Mongolian rock group The HU announce 23 European summer tour dates throughout June and July, including 6 UK dates, for the first time ever. The tour coincides with the upcoming international release of their debut album The Gereg, slated for summer 2019.

Bringing their unique style of Mongolian rock to the masses, The HU will be making their worldwide debut this June during a run of summer festivals in Europe. Swapping the Altai Moutains and Gobi Desert for High rises and down pours, their European summer tour will include, Sama’Rock Festival and Eurockeennes De Belfort Festival (France), Download Festival (UK), Tons of Rock Festival (Norway) and Graspop Festival (Belgium), plus UK performances in Brighton, Manchester, Bristol, Glasgow and London.

Amber is lunching her new single “Alive”, Amber has been working on a whole new studio album.

Vagabond Specter is the joint brainchild of vocalist Pablo Specter

Vagabond Specter is the joint brainchild of vocalist Pablo Specter and guitarist, keyboard player and producer Yuriy Smalius who met in Kiev in 2014. After a year of working together, the duo recruited bassist Egor Gavrilenko and drummer Alex Okremov to bring their musical vision to life.

Known as Ukraine’s rising stars, Vagabond Specter have released a debut album Mirrors along with and EP titled Rushing & Burning, the band have also played hundreds of gigs and festivals, even a 25 date Secret Tour throughout Ukranian towns. They have performed at Atlas Festival and Faine Misto Festival and secured support slots with Bloom Twins and Pianoboy and also as the opening act for legendary US alt-pop band Garbage.

Following the release of their new single ‘Moral Fibre’, which was recently b-listed on BBC 6 Music and earned plaudits from the likes of, BBC Radio 1, Radio X, NME Radio, DIY, Dork, Gigwise and more, Hull outfit LIFE have now shared a new video to accompany the single.

It’s such an accomplished epic and cathartic track with remarkable voices and lush strings, electronics and chimes. A bit Beach House perhaps with a central male / female duo fronting the band. Would be great to see what you think.

DALLI – ‘Taken By The Sky’ Single

Dalli’s return sees the songwriter ascend on the updrafts of compassion and the freedom in acknowledging the individual within the big picture. Taken By The Sky is Dalli’s continued search for artistic progression, taking the intimate musings of his formative years and propelling them into an emphatic alt-pop atmosphere.

Swaggering glam rockers The Struts have announced a European headline tour in October, including eight UK dates. Kicking off in Manchester on the 11th, the run features a stop at London’s O2 Forum before the band play a further seven dates in Europe.

Single submission: Illuminine – The Many Deaths of Letting Go

Imbrechts about the song: “”The Many Deaths of Letting Go” was first written as a poem. Sometimes you need to write those words to cope with a very difficult time in your life in which it feels like the future is slipping through your fingers like water. You need to make peace with that feeling and the song is the result of that.”

Indie Pop duo Ministry of Mars return with synth-pop anthem ‘Recognise’ April 26th, written and produced at the legendary Abbey Road Studios taking inspiration from the likes of The 1975, LANY and The Japanese House.

Betta Lemme Wants You To ‘Play’

Rising pop sensation Betta Lemme has just dropped her brand-new single “Play”, a bop that’s sure to be your official summer jam.

For her new single entitled “Play,” Betta enlisted co-writers Jesse Saint John (Britney Spears, Charli XCX, Kim Petras) and Danny L Harle (Carly Rae Jepsen, Superfruit) – a quintessential pairing alongside her versatility and genre-binding. Marked as one to watch in 2019 – the singer, songwriter, and multi-instrumentalist is best known for seamlessly singing in three languages (English, Italian, and French), her viral single “Bambola,” as well as her contribution on Sofi Tukker’s smash hit “Awoo.” In just one year since her arrival onto the scene, her love for language and europop has connected millions across the globe.

THE RAPTORS – IT’S YOU / YOUR DREAMS

The Raptors are a Glasgow based all-female 4 piece formed in early 2018. They play wild rock n roll and are inspired by the likes of Ramones, Runaways, New York Dolls, The Clash, Dead Moon, The Buzzcocks.

Winnipeg’s Roman Clarke has a reputation in the underground music community for being frighteningly versatile. Previously known for his work as a drummer and collaborator for the likes of The Middle Coast, Joey Landreth, and Michael Bernard Fitzgerald, Clarke quietly built up a prolific catalogue of his own music. His command of his own creative process was fundamental in making this record. On his soon to be released debut full-length, Clarke wrote every lyric, played every instrument, and sang every vocal.

END_OF_DOCUMENT_TOKEN_TO_BE_REPLACED 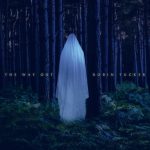