This song is not to be confused with “Oh Happy Day,” the gospel rave-up the Edwin Hawkins Singers recorded in 1967. No, this is more of a woozy, druggy, lazy day. Most likely a sunny day. Quite possibly drug-induced. 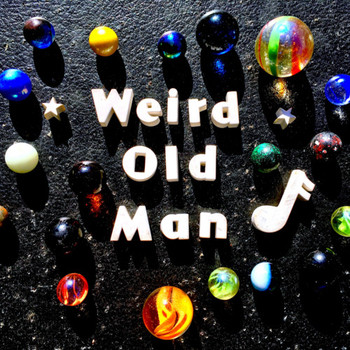 Charlie Christmas is a multi-instrumentalist and may well have played all the instruments on this slacker anthem. It’s a little difficult to decipher what’s being said on the verses. It comes off a little like a Saturday Morning cartoon song, only instead of sugary, fruity cereals, the song’s creators were high on some opium-derived enhancement.

This song’s happiness is probably not based upon personal accomplishments. It’s not the theme from Rocky, and nobody’s going to fly now or anytime soon. Instead, it’s a happiness coming from just being able to muddle through another long day without anything disastrous ruining it.

The song begins to fade out with a sunshine-pop backing chorus. This, and other elements, make the song more Fifth Dimension than much of what passes for contemporary rock music. Whereas the Fifth Dimension created bigger, brighter pop songs – matched to Jimmy Webb’s smart, but sometimes quirky lyrics – Christmas leans closer to lo-fi sensibilities.

This song’s arrangement sometimes reminds one of like what a Velvet Underground song might have sounded like, had that band experienced a Reese’s Peanut Butter Cup collision with the Beach Boys’ Brian Wilson-led era. It has a disorienting, psychedelic vibe, which may make you think of hazy Andy Warhol Factory days, but the song’s layered vocal arrangement is more California vocal pop than anything VU might ever created.

“Happy” can sometimes be such a weightless word. Many religious folks like to distinguish the difference between experiencing joy and feeling happiness. Happiness, they’re known to say, can be fleeting. A temporary high, like a drug. Joy, on the other hand, is something that goes far deeper, lasts longer. Joy is a far more powerful sustainer. It’s a state of being, more than a feeling. Happiness can be quenched by the littlest annoyance sometimes, whereas joy requires a much stronger opposition to erase it.

“Happy Day,” although not particularly loud or ruckus, is a fairly simple song. There aren’t many sonic dynamics driving it. It doesn’t change tempo or key, but just finds its groove and sticks with it.

You also get the feeling Charlie Christmas was drawing from the same well that inspires Teenage Fanclub for this one. That band is consistently influenced by the best 60s music, and without the 60s, Christmas might not have been able to create it. The song’s weedy electric guitar solo is also Teenage Fanclub-esque.

As singles go, this is not a song that jumps right out at you. In fact, you may need to let it grow on you a bit. Once you do, though, you could just become hooked. Best of all, it might even improve your day.