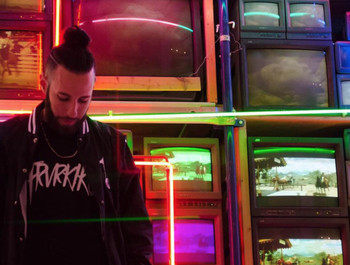 FRVRKIKO is versatile rapper/ song writer that stands out in this day and age. Bringing thought provoking lyrics with a hook to keep you glued and wanting more. Born in Jacksonville, Florida he got his start by studying the game and approaching it with a DIY mentality. From booking his own shows and selling tickets to establishing a loyal fan base, the odds are in his favor.

In 2016, His Hunger and drive caught the attention of an up and coming Music Executive, Noel Rivera. After 2 years of staying in contact with each other, FRVRKIKO inks a Deal with Mr. Rivera’s Newly formed Independent Label “One Up Records”. His first single under this Indie Imprint titled “Lonely” is generating a lot of Positive Feedback from Tastemakers and DJ’s. His memorable performances at SXSW 2019, is just a taste of what’s to come.

The bar is set high but FRVRKIKO doesn’t have a problem setting it higher.