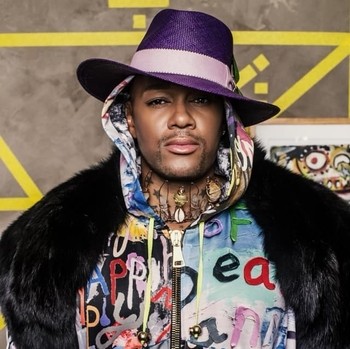 SupaNova Slom released his first studio album in four years, “Love In The Midst of Chaos,” on the date of his birth this passed January 29th. It is the ninth studio album that the musician, best-selling author, and wellness coach has released.

Slom’s recent project is a combination of genres: He categorizes it as Trap, Rock, Punk, Alternative, R&B, Soul, and says it is, “…unapologetically me.”

The Brooklyn-born and raised musician credits Michael Jackson and Prince as his biggest musical influences growing up, but says Prince inspired him to sing as well as learn to play the guitar and piano, while honing his craft as a lyricist. He has been cultivating his musicianship since the age of 10. Simultaneously, his older cousin, Entrfied ${“[“}@thegodofsound], exposed Slom to recording and performing, live.