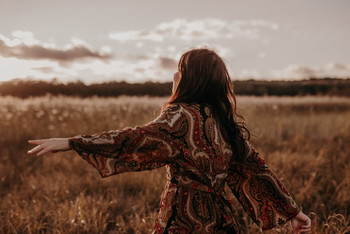 Vilma is an artist and songwriter from the northern part of Sweden. Starting out with folk/blues music, she later began to write her own songs and create a personal sound which has often been described as folk/indie/pop. Her powerful, dark and vibrating voice is in focus combined with big marching drums, acoustic guitars and pedal steel. She is inspired by artists like Melanie, Leonard Cohen, Ane Brun, Buffy Sainte-Marie, Alela Diane, Joni Mitchell and many more.

In 2018 Vilma had a song in ‘Becoming Astrid’, a movie about Sweden’s most beloved author Astrid Lindgren. In 2016 she started working with producer Tobias Fröberg (Ane Brun, Frida Hyvönen, Kleerup) for her second album—and it is now on its way out. The second single ‘Green-Eyed Moron’ is out today (15/3) and it is a special one!