Kosmogonia’s story began in 2015 as a Thrash metal band. In the summer of 2017 a shift in ideology changed the band’s sound into Pagan – Folk Melodic Death Metal.

Second Sun is the 6th Chapter of the ongoing novella about Bofo Kwo and his family. His adventures take him through space in a journey that contains consumption of flesh and powers. This is also the second Track on the upcoming Album that is titled Space/Time Carnivorium. It follows Bofo Kwo, Bomari, and Wamufo’s arrival and hunt on a brand new planet which has two suns and several creatures & vegetation.

i.anomaly, Nitro Zeus’ debut EP, will be released on 15 March 2019. The EP brings a diverse range of styles and emotions with 3 new tracks (plus bonus tracks) including the single All Fail. The EP was recorded in 2018 at Studio Truth and produced by Tyson Ruth. i.anomaly blends the sounds and visuals of Nitro Zeus to form the beginning of a narrative which stretches across a variety of media.

NEW SINGLE! Junction – the return of the Swedish Dogsmile!

A few weeks after sharing a first glance of their upcoming album with the official music video of “Un Eternel Recommencement”, French post-hardcore/screamo merchants Aleska just shared another audio excerpt from the effort with the song “La Dernière Lueur” available right now on Bandcamp.

The founder band members Rebecka Digervall and Sanna Kalla met at school aged just 6! The band was later completed with the addition of producer Tomas Backlund Thunestrom. Rebecka and Sanna describe themselves as ‘non-normative’, ‘witches’!

Politically driven and unafraid of voicing the truth, Sun Salute are not without their bite, but even at their most lyrically pugilistic they are positive and uplifting. No More, the first single off their album due out this year, is a perfect example of all of the above. Taking a full reggae ensemble, giving the horns a delicious Motown twist, and delivering socially conscious lyrics through an epic tropical melody; No More is a glorious hybrid of tones, styles and ideologies.

As dynamic as the 19-year-old himself, Chakra Efendi’s debut EP presents a fascinating atmosphere across its six tracks. Written amidst isolated reflection, Until The Children Grow Old serves as a bookend to his Efendi’s teen years. In his own words, “this EP is the culmination of life experiences from my youth, I see it as a ‘coming of age’ story of sorts. Every track was written at a different point in my teenage life and shines a brutally honest light onto what I was going through at that point in time and how I was feeling”.

Ceci Noir is a singer, songwriter and producer from the deep woods, waters and valleys of Dalarna, Sweden. She makes music by inhaling the wild winds and exhaling words and melancholic melodies like mantras from the core. She has written songs since an early age, but waited for over ten years to let her heart’s craftwork see the light of day. In 2019 Ceci Noir is now ready to pour out the music from her soul into the world.

Multi-platinum superstar and seven-time GRAMMY® Award winner Carrie Underwood has announced a major UK arena tour for Summer 2019, The Cry Pretty Tour UK. Underwood made the announcement this morning in a personal video to her fans.

Watling & Bates – ‘In The Dead Of Night’ Single & Video

Drawing inspiration from the spirit of the land, Watling & Bates are raconteurs of contemporary rural Australia and revivalists of the country’s past. In The Dead of Night is a song shrouded in magic, mystery and morbid curiosity, as it emerged from the mists of the McPherson Ranges.

DAVE Announces Tracklist for Debut Album ‘Psychodrama’ OUT THIS FRIDAY

BLACK FLAG is currently recording new material for a future studio release and will be touring from the Summer of 2019 on their 2019 SUMMER TOUR.

HAAi drops new original track, ‘It’s Something We Can All Learn From’

London based, Australian born DJ and producer HAAi continues to go from strength to strength with a new original track, ‘It’s Something We Can All Learn From’. Released via her own label Coconut Beats, it is now available to download from Bandcamp or to stream on Soundcloud and Youtube.

Acclaimed London four-piece The King’s Parade have released the video for their new single ‘Mad’. The video is filmed at the iconic RAK Studios where the band recorded and produced the song alongside Rob Brinkmann (Pixies, Royal Blood, Barns Courtney).

END_OF_DOCUMENT_TOKEN_TO_BE_REPLACED 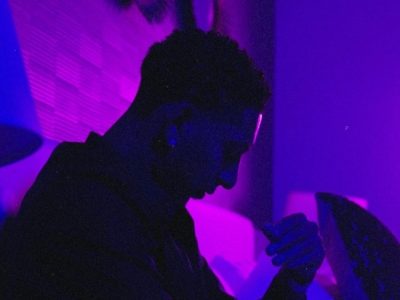 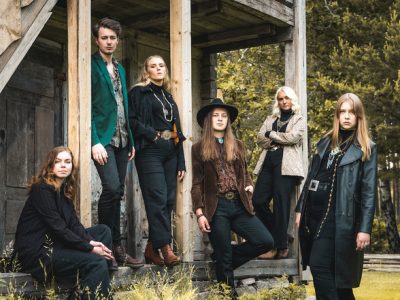