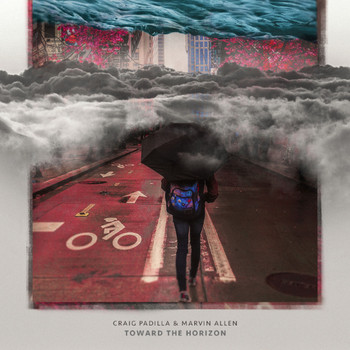 Spotted Peccary Music announces the release of Toward the Horizon, an album by internationally-celebrated and award-winning electronic music artist Craig Padilla and multi-instrumentalist, singer-songwriter, performer, and music educator Marvin Allen. Working together for the first time, these two skilled musicians have crafted a masterful free-flowing dreamscape that moves through a myriad of moods, revealing the many colors of an ever-changing sonic skyline. Melodic and rhythmic, surreal and drifting, the resulting music is a timeless adventure through illuminating guitar tonalities and majestic synthesizer vistas.

View the unboxing of Toward the Horizon, or, find more listening and purchase options here: https://orcd.co/towardthehorizon

Toward The Horizon is a recording project that began as a minor musical experiment and quickly blossomed into an alluring album that perfectly synthesizes the talents of two long-time friends who are finally collaborating for the first time. Padilla explains, “I’ve known Marvin since 1990 and I’ve always wanted to make music with him, but we’ve been traveling our own paths since then and never had a proper chance to collaborate until now. We began by riding the waves of inspiration and following our creativity to see where it would lead us.”

Electronic, ambient and rock music fans will thoroughly appreciate the resulting explosive melodies, classic Berlin school sequencing, and haunting ambient soundscapes. Allen uses Strymon Effects on his guitar, and all of the synthesizer parts on “Distant Waves” were created using only a modular synthesizer that was designed by legendary synth builder George Mattson. Padilla muses on the recording process, “On Hidden Marvin played a rippin’ guitar solo, and when he finished he said ‘Reverse that, throw some reverb and any other magic on it and see how it sounds.’”