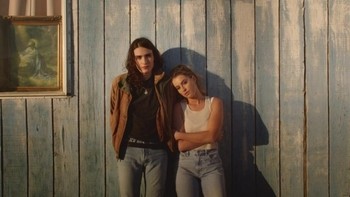 “If love was labeled poison, we’d still all drink it anyway. Because it’s like an addiction,” FLETCHER observes at the beginning of the video for her new single, “Undrunk.” Unveiled today, the clip seesaws between scenes shot in her oceanside hometown Asbury Park, NJ, and the desert roads of Joshua Tree, CA as FLETCHER’s emotional delivery veers from the depths of post-breakup despair and regret to wistful memories of how exhilarating it was to fall in love. “Undrunk,” which can be viewed, was co-directed by Emil Nava (Calvin Harris, Post Malone, Rihanna) and Grace Pickering and produced by Ammolite.

FLETCHER co-wrote “Undrunk,” which was produced by Malay (Frank Ocean, Lorde, Sam Smith). The single, which marks her major label debut with Capitol Records, has already amassed more than 3 million streams worldwide and was featured on numerous playlists, including Spotify’s New Music Friday and Pop Rising in addition to Best of the Week and Today’s Hits on Apple Music. Many radio stations jumped on “Undrunk” prior to its impact date last week, setting the stage for its debut as the #1 Most Added Song at Top 40 radio with an impressive 150+ adds to date, including Z100-New York and KIIS-Los Angeles. The single debuted at #31 on Billboard’s Pop Songs Chart and #30 on the Mediabase chart which marks the first Top 30 debut by a first- time charting artist in 5 years. FLETCHER has also been selected as the iHeartRadio “On The Verge” artist and Cumulus Radio’s “Next Now” artist.