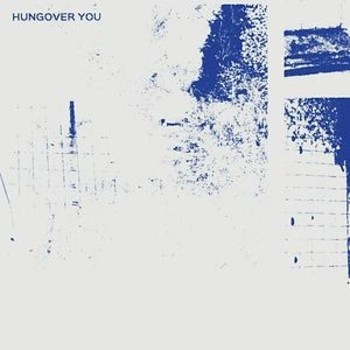 A synthesizer comes swinging down from the heavens with an untouchable confidence, carving out a stylish path on which pop singer Moli will lyrically strut in Hazey Eyes’ all new single “Hungover You,” which is out this January everywhere that indie music is available. The synths are ominous and powerful, but they’re contained by a glassy equalization that ensures Moli’s vocal will go unpenetrated by their swarthy textures as we press on. We soon find ourselves trapped between the ridges of an enormous bassline, clinging to the softly sung words for some sense of strength. A storm is brewing, but we haven’t even made it through the first couple of verses yet. A tidal wave of emotionality and domineering grooves is waiting to come alive, and with a swift kick of the drums, we’re off and running with them.

The chorus explodes in a colorfully cathartic fever pitch, but it falls short of suffocating us with its radiant glow. Studded beats propel us forward, but Moli’s singing is hesitant, creating a contrast in the rhythm of the song that is steeped in postmodernity. Her vocal swings lightly, leaving a trail of vibrant reverb in its wake that begs for us to chase after its eroticism and give ourselves over to the reckless abandon of the melody. The words spill out of the stereo with a yearning melancholy that wants so desperately for us to understand its pain, and despite the music warming up the icy tone of the poetry, our emotions remain relentlessly tethered to Moli’s.

Without warning, the grind of the rhythm comes to a standstill just shy of the two minute mark in the song, and all we’re left with is the stoic serenade of our lead singer and an ambient backdrop to her velvety voice. In this moment, it’s almost as if nothing exists in the entire world except for Moli, the synthesizers, and us. Her lyrics seem to linger in the ethers even as we descend back into the sway of the chorus, and by the time we reach the conclusion of the song and drift into the stark silence from which we first emerged at the start, it’s almost impossible to evade the lasting sting of the narrative. This is thoroughly a collaborative piece that benefits from both of these artists’ skillsets, and arguably the most sustainable, radio-friendly pop single that either camp has released to us thus far.

Music critics can’t seem to stop talking about Hazey Eyes and Moli, and after giving this song a wholehearted examination from top to bottom, it isn’t difficult to see why. Both of these musicians exhibit masterclass-level professionalism in this track, seasoning it with just enough pop polish to appeal to mainstream audiences while giving it enough of an acrylic, textured finish to retain an incontestably experimental/indie feel. I’m very impressed with what these two have cooked up in “Hungover You,” and while it’s still a little early to tell, I think that this could be the year that both of these sublimely gifted artists receive the international recognition that they so clearly deserve.