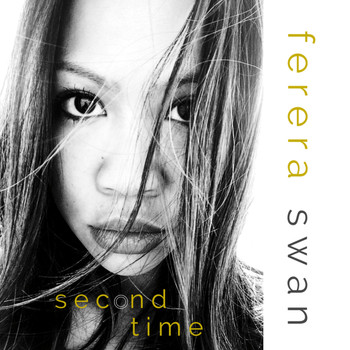 Echo-y piano introduces “Second Time” as a moody musical encounter. When Ferera Swan steps in, tears are falling down her cheeks. Swan, the emotive vocalist, is here asking the hard question: “How can you love someone you don’t even know?” It’s a sad, rather than angry, confrontational song.

Swan’s has been let down not once, but twice. She finds this out, we learn, as she is reading a cryptic last note him. She is especially sad because she’s let this person deep into her soul, revealing much about her. It’s as though she’s given so much, yet all that’s given is not fully appreciated. This other one expresses love, but it’s not perceived as true love because the words that are not accompanied with supporting actions.

Upon first listen, this lyric reads like a romantic breakup. However, Ferera has stated that it was written for Ferera’s own birth mother after their reunion. It was there, as she’s put it, she experienced the loss for each other all over again. Or as the song describes it, for the second time.

Swan has a sweet voice, even when she sounds unbelievably sad (as happens with this song). The song’s style is a ballad, but it has an intensity that makes it seem closer to a rock song. Its main instrumental elements are keyboard, melodic bass and insistent drumming.

The listener is filled with empathy while listening to this track. It includes the words of woman coming to grips with her circumstances. It’s an epiphany, of sorts. And it’s tragic, that moment she realizes her birth mother cannot be the kind of mother she’d expected. There is also a sense of loss expressed because so much time and emotional energy is invested in any relationship. She’s been working all this time to make the pairing successful, but the one she’s with is not nearly as invested as she is. She’s been holding up this relationship up all on her own, seemingly.

The song concludes on an unusual note. It ends with Swan’s tearful spoken word part. She’s heard stating, “I was truly never forgotten.” This song section is unexpected because so many songs end with a big finish. Here, instead, the track stops on a heart-stopping postscript. It is as though Swan is understatedly announcing her survival along with lessons learned.

Although this is a really sad song, Swan hopes it will inspire others – especially those who are also adoptees. Along with her music, she’s trying to raise awareness of mental/emotional health, trauma education and research, victim abuse, foster care and adoption. Clearly, she has a lot on her plate.

The question of why bad things happen to good people is one that is constantly asked. There are no simple answers to this complicated question, though. One possible reason, however, is that when we go through difficult times and come out the other side in one piece, we can share our survival stories with others that are in the midst of a similar storm and give them hope. This kind of hope is what Ferera Swan provides with “Second Time.”