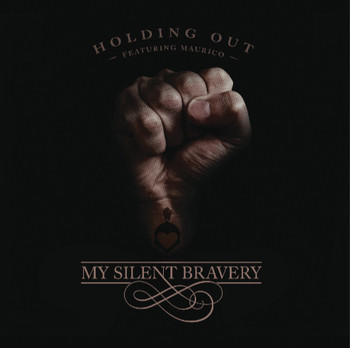 Matthew Wade aka My Silent Bravery symbolizes persistence, perseverance and inner strength to overcome obstacles in the face of adversity. Through personal work and transformation, he learned the importance of “paying it forward” and now feels one of his missions in life is to help inspire others to do the same by delivering his positive message to the masses through the music of My Silent Bravery.

Continuing his DIY approach, releasing music independently under his own label MWS Records without major label backing, MSB has grown his fan base organically through touring, having performed alongside talent such as Daughtry, Puddle of Mudd, and Saving Abel to name a few. His ever growing social media presence means he has over 200,000 fans across multiple platforms and his YouTube channel has featured several trending singles which have collectively accumulated nearly 8 million views.

Holding Out featuring Nashville rapper Mourico is MSB’s latest offering, it is the first single from his forthcoming album Holding out For Hope. Having been known mostly for acoustic pop-rock songs, My Silent Bravery has begun to branch out with his sound, Holding Out features dark electro hip hop production.