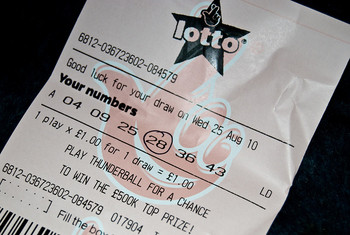 In the United Kingdom alone, it’s estimated that 70% of the adult population partakes in the National Lottery regularly. That’s almost 45 million people, without even counting the further 50% of adults there who play at least once a month. Meanwhile, in the United States, 57% of adults (181 million individuals) buy at least one ticket a year and in Canada, and there are so many lotteries that basically every region has its very own.

Since so many people in just those three countries alone but lottery tickets in the hope of winning big, we thought we’d take a quick look at how the money spent on lottery tickets is used.

With so many different lotteries taking place throughout Canada, it’s difficult to pinpoint exactly where players’ money is going. Still, what we did find was extremely positive. In London, Ontario, for example, a massive $4.8 million was put towards infrastructure projects. This money was provided by the Ontario Lottery and Gaming Corporation (OLG) throughout 2017, despite recent worries surrounding privatization. There are many people in Ontario that believe the OLG must stay in public control to continue helping the county’s towns. The New Democratic Party’s (NDP) John Vanthof is one of the people who voiced their concerns, and we’d have to agree. Vanthof also believes that privatization would cost OLG up to 70% of its revenue.

South of Canada (mostly), the USA is also finding ways to help cities and towns around the country improve using lottery contributions. According to an article written by Stephen Gandel of Fortune, the money put towards the Powerball lottery alone goes to help universities, schools, councils and states. As for state-specific games, a great example is the California Lottery – one of the fastest growing lotteries in the country. Most of the proceeds from these tickets go into funding public schools, with 80.2% going to grades K – 12, with the rest going to community colleges, the California State University System and the University of California.

Finally, we have the UK’s National Lottery, a staple of British culture that has been around for decades. According to the official website, the National Lottery has raised over £39 billion for charities and good causes. That’s the equivalent of approximately 190 lottery grants for each and every postcode district in the country. To be more specific, in the year ending March 2018, the National Lottery dedicated 40% of its earnings to health, education and environmental sectors. A further 20% was each given to sports, art, music and heritage facilities.

Of course, these are just a few examples of how countries and specific states or towns share out the money earned from huge lotteries. We’d love to know how the money for your local lottery is spent, so let us know in the comments below!