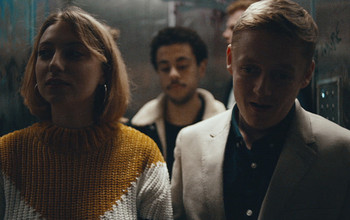 Drum & bass producer Wilkinson, has unveiled the official video for his latest single, ‘I Need’, a slick half-time production which features the vocals of Hayla.

Having already gained support from BBC Radio 1 since release, the track follows a simply stellar 2018 schedule for the UK artist, which has included a sold-out live show at the iconic Brixton Academy, as well as a fifth consecutive summer residency at Amnesia Ibiza’s ‘Together’ event series, and performances at Creamfields, Hideout, SW4, and Reading & Leeds Festival.

Featuring British actor Thomas Turgoose, best known for his role in ‘This Is England’, the video for ‘I Need’ is shot inside a lift and focuses on the various lives of the building’s residents. Showcasing the everyday happenings of various characters, Turgoose acts as the video’s central character, eventually finding love with one of the elevator’s more warm-hearted members.