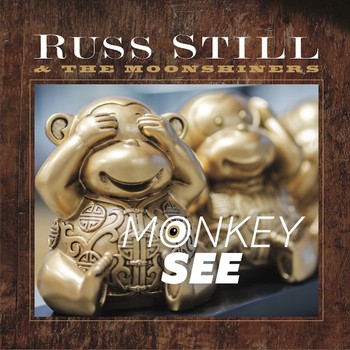 Atlanta, Georgia has produced many famous bands in history and Russ Still & The Moonshiners are well on their way to becoming the next generation of musical goodness from the state. The band is an authentic country rock band that is fast gathering serious followers for their old school sound delivered in a vibrant and energetic way, without feeling like a compromise or an altogether new sound. While so many other bands are resorting to auto-tunes and other techy ways of improving their sounds, Russ Still and the Moonshiners are taking the opposite route and delivering authentic country rock to the airwaves.

The six-piece band has a music background that is embodied mainly in a fusion of country, country rock and some classic rock. You can easily hear some 70s sounds when you listen to them but they also delve into Alt Country sometimes with a hint of Southern Rock. The vocals of the band are delivered by Russ Still who also plays the guitar. With four albums already and a new one incoming, “Monkey See” is the first single that introduces us to what is coming from Russ Still & The Moonshiners later in the year. Fresh off their recent award-winning year, “Monkey See” is more of the same quality of what the band has delivered consistently over the years.

“Monkey See” is a country rock ballad that grooves smoothly to make a nice, calming listen. The lyrics are well-written as always and carry a political, social commentary on a mild note. The song talks about the greed of the government and how they try to do more of the same without making a real change. This song is relatable and a nice listen on a night out with the family. The melody is not so country that it fails to appeal to a broader audience which is what Russ Still and The Moonshiners do so well with their music. Whether you are a rock fan or a country fan, you can still relate to a great song that is also socially conscious.

The favorite thing about “Monkey See” is that the story it tells is not even partisan, no blame apportioned, just talking about things we already see in our government of today and the way the country is being run. That is the power of music, being able to send a message in a straight and unambiguous way that can make a difference and also entertain at the same time.