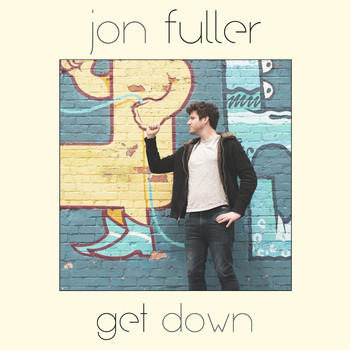 Have you ever wanted to create a time machine and travel back to a time where things just seemed to make a lot of sense? The roaring 1930s were a time of great movement, change, and events that constructed the entire world. From automobiles booming to the times of which technology started to take off, or even when the Wright Brothers first were able to take flight, there were great moments that made the world what it is today and one of those great moments also included music. Music in the 1930s had a true flare while a major sound that sculpted many of the greatest motion pictures ever known to the world. But more amazing is the fact that there are music artists that are channeling their talents while using emphasis from the 1930s and one such artist is Jon Fuller with his brand new single, ‘Get Down.’ And this one is a pure treat!

Who is Jon Fuller? Just some amazing guy that grew up in Ohio who has an eclectic advantage over the entire world of music currently! Yes, that’s right: An advantage as his sound doesn’t really seem like it Should exist but believe me, the world is a better place because folks like Jon Fuller are in it! At first listen, this amazing giant starts off kind of mellow and has a very definitive style of pop-ish, folk-ish, polka-ish magic that seems to grow stronger and stronger with every word sung. There is a sure possibility that Jon Fuller listened to musicals, Broadway, Charlie Chaplain, Red Hot Chili Peppers, John Lennon, The Beatles, and Eric Clapton as well as strong southern country music! Why one might ask? It’s because all of these eclectic artists have little sprinkles of sound all throughout Jon Fuller and that still doesn’t touch his unique ability.

At first listen, ‘Get Down,’ speaks full of artistic magical wonder! Like seriously, it feels like a circus of fun and the laughter that exudes throughout this feel-good song is needed! “Don’t you ever get down, get down, get down, get down? Get down, get down, get down, get down!”—–direct lyrics that scream to let everything that is drama based or negative go and just have fun! We live in a society where there aren’t enough moments to have fun. You can wake up one day, work a full job, and do nothing in between that screams real excitement or joy! Hearing songs like this instantly should make you move, scream with joy, and dance the entire day away! Whoever is playing the piano is phenomenal, as a personal appreciation! SPOT ON! ‘Get Down’ is what needs to be heard today! It is the message that makes everything simple: if you can’t fix it, leave it alone! And the entire production, backing band, and the song itself is just perfect.

Jon Fuller is the artist to watch coming into the end of 2018. Very rarely do you have someone have such a great sound that you sneak and listen to other songs, but I can tell you one thing: Jon Fuller has truly presented music from his heart and is showing just why he will continue to have a prosperous career. Anytime you spend time sculpting a masterpiece, the artist has to make sure that everything in that picture is just as they envision it. And guess what? I can’t imagine a world without Jon Fuller in it as ‘Get Down’ is that rare song that everyone needs to have in their personal collection so if ever in need of a quick smile, it’s there to be heard! Jon Fuller would be the perfect artist to catch live just to see his energy in person! If it sounds that great in a recording then his live show HAS TO BE AMAZING! This song is highly recommended and you will thank me!