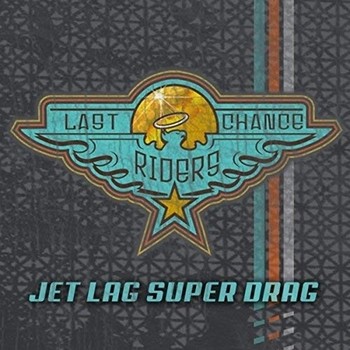 Have you ever taken a good old fashioned ride down South in one of America’s greatest Southern beloved cities, Atlanta, Georgia? Where the Peach is known to be sweet and the southern hospitality is even greater, there is a place just for you somewhere tucked away in that great spot. Where the Atlanta Falcons ride high or the Braves swing low, there is an Atlanta Hawk waiting to soar but that’s not the only soaring group in Atlanta—Last Chance Riding just may be the ride everyone needs to get on! And there latest single, ‘Downright Disgusted,’ just may be the theme song to a new movement!

Who are the Last Chance Riders? A band that’s straight on fire with a unique sound is a great place to start! With a powerful guitar, huge vocals, and for just GETTING IT, the first question that might be asked is just what mountain have they been hiding under? Last Chance Riders consists of Lead Vocalist Jessie Albright, Guitarist DeWitt Thompson, Guitarist John Woods, Bassist Jim Martin, and Drummer Shane Denmark. And the band truly has done something amazing with the newest single, ‘Downright Disgusted.’

At first listen, Last Chance Riders have a whole lot of sound packed into three minutes and forty-seven seconds! However, the first three seconds in, it feels like a Motown production is about to scream out—And then it changes drastically where a band literately screams “NAH, fooled you” with the next sound! They take the driver’s seat, hit the gas extremely fast, and drive off into the stars causing us all to look up and watch them zoom away in this song! That is what music is supposed to do: Cause people to watch, dance, and feel the emotions of what is being said. Someone in this band has been listening to a lot of Aerosmith, ZZ Top, Jimi Hendrix, Cat Power, Eric Clapton, Mavis Staples, and Led Zeppelin because all of those greats have channeled their energy into what just happened next! GREAT STUFF! Last Chance Riders give a heartfelt performance that screams how disgusted feels…We live in a society where every day, there is someone walking around who is five seconds away from a meltdown that could just be alleviated by someone reaching out and asking if everything is ok! This song clearly showcases that they are not ok with how they feel and that they are tired of feeling the way they feel. This person is just waiting to explode in this song and people in everyday life have the same feelings where they are tired of being left tired and even worse, they feel exhausted because of how they have been treated by others! This song captivates on that one person who is tired but turns around and snaps back—And that snapback is just like an assassin waiting for its next target! HOORAY!

Last Chance Riders are riding high with their new single, ‘Downright Disgusted!’ And they are an extremely in-demand, sought-after band so a live show will be a great way to be fully entertained as they have an extreme amount of energy and sound to soak up! This song comes highly recommended and if I were you, I’d pop this song in the radio in your car, roll the windows down, and crank it up to full blast so everyone can hear it! Great production, great message, and great sound equal a serious band on the move and I think you will appreciate them! Check them out! You will not be disappointed!