Following on from the critical success of their 2016 sophomore full-length ‘Something Got Lost Between Here And The Orbit’,
Canadian indie-pop outfit Royal Canoe return with the wonderfully psychedelic lead single ‘RAYZ’, lifted from their forthcoming
third album, ‘Waver’.

Nashville-based singer/songwriter Guthrie Brown is set to release his forthcoming EP, Keeping On, tomorrow, August 31. Produced
by multi-Grammy Award-winner Jacquire King (Kings of Leon, Norah Jones, Tom Waits, Niall Horan), the five tracks on Keeping On
expand Brown’s Americana-leaning sound into new territories of pop and soul. The full EP can be streamed now at B-Sides and
Badlands in advance of its digital-only release.

Mary-Elaine Jenkins is excited to share her newest single, “Iggy,” from her upcoming debut album Hold Still, due September 28,
2018 on Good Child Music. The track, which details her affection for Iggy Pop — with plenty of references to his music along the
way — is available to stream or embed HERE ahead of its arrival on all DSPs tomorrow. .This track arrives shortly after “The
Americans” premiered via Glide Magazine, as well as “Fools Don’t Stay” b/w “The Rooster,” which debuted via The Deli.

The announcement comes paired with City Arts Magazine designating Dinner Dates as their Album of the Month along with a
stream of its first single “Crushed Ice.” “Heavy as it is, it flows with a swift, unburdened velocity, as much a literary landmark set to
music as a collection of potent jams bolstered by a singular singing voice.”

Album of the Month: ‘Dinner Dates for the End of Days’ by Scarves

“There are bands, songwriters, producers and people in every branch of the industry, and everyone is writing together, recording
together and touring together,” DREAMERS say about L.A. “Ever since we moved here it was apparent that everybody just wants
everybody to succeed and make great music.”

Paul Collins is one of the most enduring cult rockers of the late seventies and a founding member of the legendary band The
Nerves (with Jack Lee and Peter Case). He started his solo career in 1979 with the release of his album The Beat on Columbia
Records under the management of the legendary Bill Graham, and has released more than 11 studio albums as Paul Collins, The
Beat or Paul Collins’ Beat.

END_OF_DOCUMENT_TOKEN_TO_BE_REPLACED 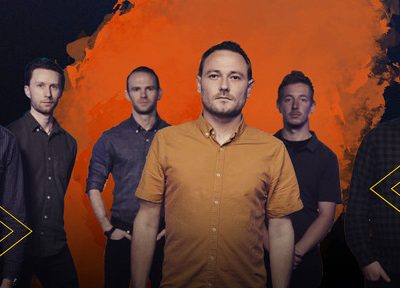