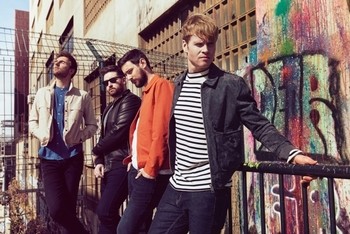 ‘Head Held High’ is a mandolin-driven slice of summer pop with a powerful message guaranteed to put a smile on your face, and is one of the standout tracks on a new album that sees the band stepping in a bold new direction.

Their new sound germinated during sessions with Kygo two years ago on the global hit ‘Raging’, and was quickly followed by last summer’s radio mainstay ‘Brother’. Earlier this year saw the release of one of their best ever singles, ‘Follow Your Fire’, a slice of powerhouse pop, which showed the band are ready to cement their place amongst the UK’s best in 2018.

The video shot by director James Fitzgerald, follows a school dinner lady’s dream of auditioning for the school musical. Watch it here: