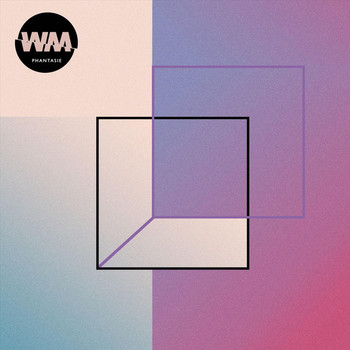 If you haven’t already heard the music of Water and Man thus far in 2018, odds are you will before the year is out thanks to the mammoth success of their new album Phantasie, which both critics and longtime fans both agree is some of their very finest material to date. Water and Man aren’t your typical rock band by the slightest stretch of the imagination. Blending rich psychedelic pop with hard hitting dance rock, Phantasie showcases the band in the tightest and most nimble form they’ve been in since entering the studio for the first time back in 2014. Not only has Water and Man grown up a lot in the four years since, their music has taken on an identity all its own that is catching fire like the group never dreamed possible.

It’s unfortunate, but the reality is that pop musicians just aren’t putting the same amount of work into their material that they were say ten or twenty years ago, when western music was experiencing a creative renaissance of sorts. Now I encounter a lot of artists who prefer to let computer software do most of the heavy lifting, and that’s something that I had hoped I would never see become the dominant approach in the recording industry. But that’s where Water and Man are the most defiant; Phantasie is an organically engineered rock record that is steeped in raw authenticity, so much so that its rough edges are as pointy as if it were a live record. Instead of sounding unpolished, it sounds remarkably refreshing.

From start to finish, Phantasie is a stunning record that doesn’t just suggest a response from its listeners, it straight up demands a reaction. Songs like “When it Comes to Life” are simply to epic not to become engaged with; Water and Man’s infectious grooves are so mighty and cast such a significantly large shadow over the audience that trying to escape their grasp isn’t just futile, it’s downright absurd. This band doesn’t have any wallflower-friendly tracks. Every piece of music that they put together is recorded and tempered with an explicit and unique purpose, which is a lot more than I can say about any of their closest rivals’ output as of late.

While the year isn’t quite over yet, Phantasie has the potential to be the breakthrough record of 2018, and it’s hard to picture another record even coming close to its high standard of quality. Considering how weak and fragile the music on Top 40 FM radio has looked in the last eight months, what Water and Man have accomplished here is all the more fascinating. Even when everyone else in the business is content to keep doing the status quo, it doesn’t stop these guys from getting creative and innovating something really fresh. It’s all about working for the sake of the work itself for Water and Man, and as both a critic and a fan I couldn’t be more pleased with the results. Give Phantasie a spin for yourself and you’ll see exactly what I mean.