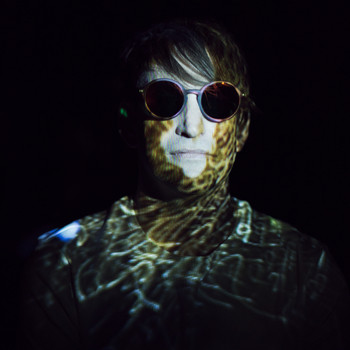 Jalal Andre, aka gloryBots, recalls the glory days of Gothic rock. This was back in the 80s when black clad youths were top of the pops in England, and underground celebrities in the states. That music never died, and many of the acts involved in the movement still record and tour today. There was a time, though, when it all just seemed so new and exciting. With gloryBots, Andre makes it sound like those glory days never ended.

You can hear these influences on “Dream About Nothing,” which is driven by a Bauhaus-y bass line and a Cure-ishly sad lead vocal. It includes the depressing chorus of: “You dream about nothing.” “Entanglement” mixes a melody that carries a strong resemblance to Flock of Seagulls “I Ran,” with a percussion-heavy, slightly dub-y melody.

Vocally, Andre many times resembles Steve Kilby of The Church. However, his singing is not nearly that wispy; it has a little more depth. He has a sad, semi-desperate tone when he sings, most times. He also vocalizes with a youthful vibe, and an innocence.

Although these songs lean toward the dark side of the emotional spectrum, gloryBots nevertheless create smart, melodic pop. Like The Jesus and Mary Chain, gloryBots express a deep love for memorable pop songs – even though the sentiments are not ever sunshine and puppy dogs.

Amid all these hellish thoughts, though, there’s a track called “Afterlife.” Perhaps there is something better for mankind, after all, in the next world?

A trick titled “World of Curls” uses a jazzy sounding guitar part, which separates it from the other album songs. Not to suggest this is an actual jazz song; instead, it’s a slightly unusual element that distinguishes this recording from the others in the project.

It’s possible gloryBots music will sound new and revolutionary to younger listeners that weren’t around back when Goth was a going concern. This matters not because good music is good music, whether it’s new to you, or reminds you of a different musical era. Jalal Andre is a multi-instrumentalist and has created some inviting soundscapes with Dark Alien Pop. These five songs live up to this three-worded title. They’re dark, alien, yet nevertheless pop.