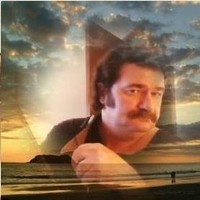 Tim Hindmon’s “A Musician” burns with steady emotive heat from the first and entertains listeners with a melodic, yet lyrically meaningful, tune. Chicago based singer/songwriter Hindmon definitely has pop songwriting talent, this review will later discuss his obvious talent for writing a chorus, but this single is laced throughout with undoubtedly exquisitely personal imagery for Hindmon that he, skillfully, invokes for his listeners as well. This isn’t subject matter that, on the surface, seems set to appeal to a wider audience, but he draws casual and longtime music fans alike with the earnestness of his voice and big hearted charisma blooming through his singing. He depicts a life with its challenges, but the song ultimately concludes the rewards of such pursuits outweigh its deficits and the effect for listeners is exhilarating.

The chorus is where that comes together strongest. Hindmon masterfully orchestrates, both as a writer and ostensible band leader, the rise into the song’s chorus and they hit their marks with a lot of inspiration in their step. It becomes a declaration of personal triumph, at this point, and Hindmon delivers with his most impassioned singing in the track. It’s the live setting, I’m sure, playing a big role in the audible urgency of these performers, but even a cursory listen to the song’s lyrical content underscores the connection Hindmon undoubtedly maintains with the material. Like the musical arrangement, Hindmon’s words don’t waste time. They are clearly tailored to serve the music, as they should be, but they likewise communicate Hindmon’s message with a mix of conversational poetry and directness that I think is quite strong.

Much of that strength, of course, comes from the song’s vocal. Hindmon has a wide open voice – if he’s feeling butterflies, it doesn’t come across, and he’s obviously with every word of the song from the first. Guitar is just as important to the song’s success, however. It doesn’t try impressing its intended audience with misguided virtuoso flash, but it’s obviously skillful and locks in tight with Hindmon’s voice. Drums punctuate this duo, but never take a back seat and help guide the performance to its inevitable conclusion. Hindmon’s audience is responsive from the first and the recording does a good job including their contributions to the performance.

“A Musician” would have fallen flat, as a song, in the hands of weaker songwriters and players as a likely lack of imagination would find them revisiting older songs in this particular sub-school of popular song subject matter. Anyone checking this take on the topic, however, will be treated to a straight-ahead, wonderfully written and played tune with its own voice that never needs to strut or bellow. These are some of the final qualities that help make Tim Hindmon’s “A Musician” one of the best singer/songwriter numbers I’ve heard in 2018