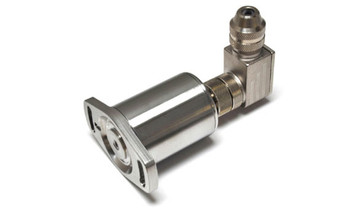 Angle sensors, otherwise known as angle or angular position sensors, are now used in a wide variety of industries and sectors, and it can honestly be said that without angle sensors, there is machinery and equipment which would not be able to function in the right and proper way.

Its basic and most essential purpose

As you may already be aware, an angle sensor (which is also referred to as a rotary sensor, by the way) is built and designed to measure the relationship between one position and another position. An angle sensor is able to calculate an object’s orientation according to a specified position of reference, as expressed by the level of rotation required to change or shift from one type of orientation to another type of orientation on a specific axis.

There are different kinds of angle sensors available today, and the categories of angle sensors may vary according to supply voltage, sensing range, type of output, packaging type, supply current, and the range of operating temperature.

An angle sensor is specially designed to work under the most extreme environments, and this is why there are angle sensors which can work well underwater. But one of the most common uses for angle sensors is on ships, where the angle sensor helps to balance the ship and keep it upright. Planes are also known for their use of angle sensors, especially when it comes to helping the pilot of the plane keep the plane on a steady course and the wings accurately lined whilst the plane is in the air.

The reason why angle sensors are widely used in a diverse selection of sectors is their inherent durability and strength. They are very reliable, even in the harshest and most demanding environments. The best kinds of angle sensors will still be able to function – and function well – even with strong vibrations, extreme and intense humidity, low or high temperatures, and pressure and shock.

Examples of applications for angle sensors

But with the different kinds of angle position sensors out there, it’s vital that you be able to choose the proper one according to your needs. When choosing an angle sensor, make sure to consider certain parameters such as the sensing range, the range of operating temperature, the type of output, and the packaging.