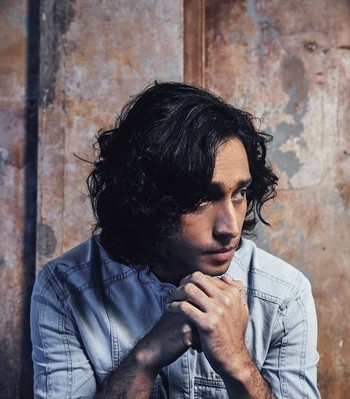 Speaking about Blind, Nikhil says: There was a time I was in a secret affair, seeing someone who couldnt reveal about us to anyone else. We had to be different people in public from what we were when it was just us in a room. Strangely we got used to living the lie to the point where we started believing it, and in time it tore us apart.

Mumbai born singer-songwriter Nikhil is set to release his new single, Blind, on June 8th through eastwest/Warner Music. Produced by Jonathan Quarmby (Benjamin Clementine – At Least For Now) at Londons Rak Studios, Blind follows two Radio 2 play-listed singles which have amassed over 1 million streams online, including A-list for the recent Silver & Gold. The tracks instrumentation nods towards Nikhils heritage, whilst the songs joyful melody contrasts with the melancholy lyric about an ill-fated and secret relationship. Live, Nikhil has already played extensively in 2018, including this years The Great Escape, Live At Leeds and Radio 2s Biggest Weekend, alongside support for Lissie and his own sold-out headline show in May at Londons Waiting Room. He is also due to support American duo Striking Matches on their six date UK tour over the summer.