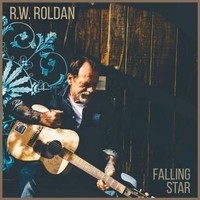 Recording artists of all backgrounds and stylistic directions strive to create music that connects with people on a different level than anything else in their lives. Singles are an opportunity to give audiences a sample sized intro to their identity as a songwriter and performer, and moreover, they are an excellent chance to display just how much depth they’ve got as a contributor to the pop music spectrum. This is especially true in country music, which more than other genres puts an emphasis on having strong songwriting abilities to back up your stage presence (if you’ve got one). Unfortunately the established authority in Nashville has demanded a quintessential single just to get your foot in the door these days, mostly due to the tremendous amount of competition that has been generated by the advent of social networking and artists taking advantage of the numerous opportunities afforded to them thanks to the digital medium. While “Falling Star” isn’t the first single by critically acclaimed country singer R.W. Roldan, it certainly feels like a signature track if he ever had one, and it’s exactly what Nashville has been in need of this year.

As so many country stars have started to age past their prime lately and we’ve gotten to a point again where the new music is sounding more and more alike, it’s been a consensus in the journalism community that country has been on the verge of a major development for quite some time now. Whether that development will mean a completely new direction for the genre in the next decade or instead a revival of a more traditional sound, we have yet to know for certain. What we do know, however, is that certain songwriters are going to be around for the long haul, even after the reigning champions of the charts meet their expiration date. Among them is California’s own Ray William Roldan, a folkie who blends a lot of old school country style with reflective, modern lyrics and a blues-rock bend that makes for an undeniably alluring sound. When you think about the fact that Roldan has been making good music for over a decade and his career hasn’t broken into the mainstream completely, you’ve got to be a little bit perplexed by what exactly is the reason. While it’s always nice to find an artist who remains uncorrupted by wicked commercial forces, it’s a little strange to find someone who has so much appeal and marketability not completely running the business by now. And there’s a good reason for it; backlash. The old guard is threatened by the power that independent artists are wielding these days, and it’s no secret that Roldan and artists like him are the very antithesis of the business’ cheaper, greedier, and all around less passionate side.

I highly recommend fans of well composed and reverent singer/songwriters give “Falling Star” a listen and check out more of RW Roldan’s work. Fans may not be able to change the politics of the music industry, but they can certainly make its most talented voices unbelievably successful.