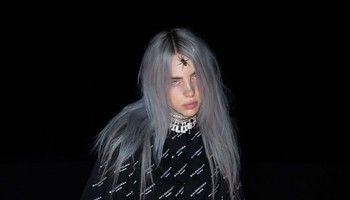 Fast rising, internationally acclaimed Darkroom/Interscope Records artist Billie Eilish has released a brand new stellar single today titled “you should see me in a crown.” The track premiered earlier today on BBC Radio 1’s Annie Mac show as a Hottest Record and is available across all digital platforms now. Described as “dark and twisted” by early supporter Ms. Mac, “you should see me in a crown” is a compelling and moody gem of a track that continues to affirm Billie Eilish as one of the most consistently prolific and exciting artists around.

Produced by her lifetime collaborator, tour mate and big brother Finneas O’Connell, “you should see me in a crown” is the first glimpse of new material to come from the burgeoning artist since the release of her acclaimed collaboration “Lovely” with Khalid,” following her astounding debut EP ‘dont smile at me.’

Both “Lovely” (with Khalid) and her debut EP continue to climb the Billboard 100 charts, the latter having now amassed an impressive 761 MILLION combined streams globally. This week, “Lovely (with Khalid)” was also officially certified as RIAA GOLD in North America.