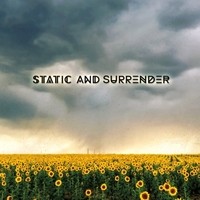 On their self-titled debut album, Static and Surrender embody the best of indie rock. Intense emotion pours through these concise, carefully crafted tracks. Best taken in as a singular whole, Static and Surrender’s talents are countless. Riffs are infinitely memorable, the rhythms pitch perfect, and by far the most important, their lyrics recall a life lived to the absolute fullest. Stylistically, Static and Surrender effortlessly blend together the blues, classic rock, and alternative rock into a unique whole. Their songwriting efforts and chops recall the best of those trusty Texan stalwarts, Spoon. Full of energy they drive their message home through each song, each one of which feels just right, so rich and cathartic.

“If Only We Could Sleep” opens the album off on a high note, with a woozy, wild sort of style that helps guide it forward. Dreamy psychedelic hues pour into the tender tones of “You Won’t Remember Me” which goes for an intimate approach. Bringing a sort of stripped-down funk is the album highlight, the potent “Just Because” which absolutely deserves to be blasted at the highest possible volume for it has a physicality to it. Delicate to its very core is the down to earth exploration of “Mary Shelley”. A moody sort of introspective reigns supreme on “Slow Crash”. The pure rush of “The Very Long Night” has a college rock energy to it, while it is propelled forward at a fantastic pace, at times even recalling the classic cool of Sonic Youth’s “Daydream Nation” era. Neatly bringing everything to a riotous conclusion is the unhinged closer “Not Another Dime”.

Static and Surrender go for a thoughtful, intricate world with their incredible self-titled debut album.