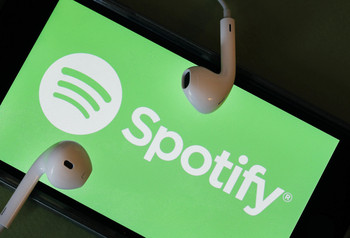 Make no mistake about it. Closing the real value gap which music performers are currently facing will require unwaivable remuneration rights for on-demand usage to be put into place. The music industry hasn’t quite caught up with the digital age just yet, but things are changing, and its hoped that this situation will improve, and soon.

Music performers in the digital and mobile tech world are as deserving of fair treatment as any other professionals are, but the changes occurring as rapidly as they are means that laws are not quite in sync with the reality of making music these days just yet.

Today, consumers all over the world are largely accessing creative content like music by means of on-demand services like iTunes and Spotify. However, the sad fact is that almost every single performer in the audio sector is not being adequately remunerated for their work.

The reality for artists today is bleak, and the ongoing debate about reforming copyright legislation all over the world needs to be put into action as soon as possible. At this rate, without extra money coming in from activities like playing pokies online or lucrative day jobs, musicians are all going to starve to death!

Being a Musician Now vs. 50 Years Ago

As things currently stand, the online audio industry has by and large been left to develop as businesses that are seeking and making a profit, with little concern paid to ensuring that the wealth being generated is distributed fairly.

When musicians sign a recording contract, all of the intellectual property rights which they are heir to get expropriated to the record company in perpetuity, and for both currently known and yet-to-be-discovered forms of exploitation. In most cases this is in exchange for a once-off, all-inclusive fee. Herein lies the fundamental injustice that most musicians face today.

In addition to this, there is an entire generation of musicians that were locked into contracts that got negotiated prior to the digital era, and had royalties calculated on the basis of over-the-counter sales, which is obviously no longer the case at all. What’s more, even artists who managed to negotiate a halfway decent royalty will not always see returns after all necessary deductions have been taken into account.

Why are musicians getting paid for recordings used via traditional platforms, but not receiving anything for that same recording being used via download and streaming ones? This is the horrifying reality of making music in the digital era, and makes making money from home an even more appealing option instead.

Legislators need to wake up to the fact that there is a market that has largely flourished thanks to the detriment of its performers, despite the vital contribution these performers are making to that very market.

As the current generation of music consumers start adapting to the digital realities of streaming, even more so than downloading, performers need to have their all-too legitimate concerns regarding fair remuneration heard and acted upon. Decision-makers cannot keep ignoring these distressing facts.