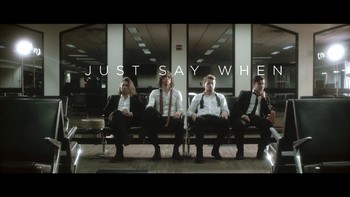 The definition of what it means to be punk is ever expanding and refuses to be constricted to one single interpretation. Texas band Nothing More challenges the barriers of lyrical and production constrictions of what people expect them to be. Nothing More can be classified as a rock, progressive, and alternative band combined into one. This is a band that obviously has a lot of pop-punk influences but they primarily lean towards rock, while some songs lean more towards alternative. Typically punk, they aren’t afraid to show their sensitive sound while still remaining hard in their overall discography.

Originally from San Antonio, the band was born in 2003 and is composed of Jonny Hawkins, Daniel Oliver, Mark Vollelunga and Ben Anderson. Known for their song “Jenny”, they signed with Eleven Seven Music Group and released their debut album The Few Not Fleeting in 2009. It was then followed by a five-year wait with their 2014 release Nothing More; most recently, in September 2017, they shared the 18-track release The Stories We Tell Ourselves. The album gained chart success by peaking at number fifteen on the Billboard Hot 100 chart. They recently put out a video for their latest single, “Just Say When”, and it gives fans a look into their softer and alternative side while still building at the bridge.

The music video “Just Say When” takes a journey into Nothing More’s softer side with the absence of their screaming vocals in the pre-chorus. Lead singer Johnny Hawkins shows off his curly afro paired with a sad expression as the band waits in an airplane waiting room. This amplifies the somber and melancholy tone of waiting for a flight that will never take off. It then shoots to a man walking around in the lobby to find his imagination acting up as he sees a girl dancing, visually re-creating a dramatic rendition of the first time they met. The feeling is highlighted through the passionate dance moves as they let the beat circulate through their bodies. The song builds at the bridge and Hawkins desperately calls out for one last attempt to save himself but everything quickly crashes down as the video comes to an end. They then wait for the flight as it never comes- sealing the fate on their lost relationship.