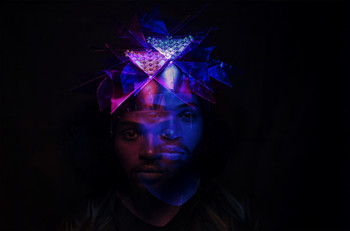 If you want to listen to an artist with MGMT and Foster the People influences, electro-pop visuals, and The Weeknd-styled hair then Just Loud is your favorite ever-changing act. He has gathered a wide variety of musical influences which has created the perfect alternative-meets-pop sound. Producer Dave “Sluggo” Katz describes it as “sometimes I’d feel Bowie, sometimes I’d feel Gnarls Barkley- I was using sound and music, not just one particular artist.” Just Loud is everything that makes the indie genre distinct, bringing a revitalized energy to the genre.

Just Loud released his debut single “Electrified” on May 18th, 2018 and it is sure to impress. Coming from New York City, he certainly knows how to put on a show. Just Loud wasn’t always in the spotlight though: the artist stated that he struggled with finding himself for years, stuck in his own limitations of being an outsider. He found comfort in self-expression and finally found his voice to not only speak up about how he felt but also to accentuate those struggles in his music. Eleven Seven Label Group’s Five Seven imprint gave him a voice and “Electrified” shows that he wants to go beyond trends to make music that carries a meaning. The light production and heavy lyrics are subtle but strong. Pulling from such a variety of influences, the visual effects don’t imitate but rather add to the music that Just Loud creates.

“Electrified” is Just Loud’s first music video, and it’s inspired by the artist’s musical journey, transforming and showcasing what Just Loud is really about. Directed by MAX and Ben Guzman, the video pans to shots of the artist on a journey through the woods and then transitions to shots of him at a club. In the woods he yearns to find himself in the solitude but quickly fails- gazing into the camera, not to intimidate the viewer but instead to try to make us understand him. This shot is contrasted with the club scene; although the scenery has changed he still struggles with his internal dialogue. Even surrounded by people, his mask still falls causing a sense of confusion of identity. The electric visual effects cross into his eyes, eventually giving into his demons and thus blinding him. Delusion is highlighted as the video fades into the darkness during the closing.