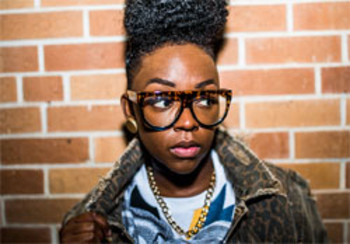 The damage a former relationship or any of life trials and tribulations can have on an individual may seem irreversible at times; it can take a great deal of time before they can truly trust someone again. As life goes on, they will be able to let new people in, but that doesn’t mean they are completely healed. It takes a lot of work to help repair a broken soul, and even then, the damage will still have a great effect on them.

In “Damaged,” the now Orlando-based soul newcomer MoZaic tells the story of her past relationships with family or lovers and the effect they had on her. She shares that entering new relationships of any kind can come with having to deal with and reveal “baggage,” as she calls it. Former incidents of pain and heartbreak have led MoZaic to be this version of herself, though it’s not a bad version; she realizes there are demons that she has to face and come to terms with. Aside from telling her story of pain and despair, MoZaic also uses “Damaged” as a warning for anyone who she makes a strong connection with. She has seen a lot and has had to overcome abandonment and disappoint in her childhood as others have. She may have her doubts, and she may do things in a relationship that seem unconventional, but it is from a caring yet cautious spot. Although “Damaged” sheds light on the negative impacts her past relationships have had, it is meant to be a positive song with an uplifting message. MoZaic highlights self-improvement and the fact that if you acknowledge your flaws and work toward fixing them, things will get better and you will be able to heal previously opened wounds that others have caused. This video also wants to debunk the stigma mental illness has all over the globe, spark meaningful conversation, and possibly touch at least one person who may have baggage and unable to surpass it. She believes that if it can touch one person then her job is done. MoZaic lost a family member to suicide and wants to show the world that there can absolutely be victory over a damaged life!