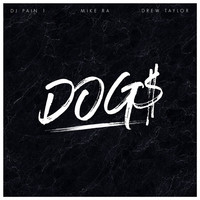 It’s almost impossible to examine modern hip-hop without seeing the obvious operatic qualities that have the genre for more progressive in 2018 than it was during its humble, stripped down beginnings in the 1980s. Audiences have gradually desired more and more of the epic, anthological rap tracks ala the experimental efforts of the Fugees, and I think it’s made for overwhelmingly positive growth in the genre. The idea that hip-hop, like folk music, can embody the ancient art of storytelling as well as the most classic of literary prose isn’t a new one, but right now, we’re seeing that idea expanded upon like never before. In Mike Ra’s new track “Dogs,” he runs away with this concept and paints us a gripping picture through vivid lyrics and musical textures that go far beyond sampling some generic loops on Best Buy-acquired software.

While there’s been stylistic changes marked mostly by taste in trends and creative control shifting more away from scenes and into the hands of the major label A&R men, there’s still plenty of reason to believe that the spirit of blue collar, blood and sweat hip-hop is still alive and well thanks to artists like Mike Ra. In “Dogs,” his use of a distinctive time signature that deviates a quarter note from his rhymes makes for an almost jazzy, calculated broken harmony that’s quite intriguing. There’s shades of some G-funk influences in his overall delivery, but they’re not overstated or packaged in a radio-ready gloss. That’s not to say that “Dogs” isn’t a very accessible and catchy track; it’s got the hook, but thankfully that hook doesn’t sound like it’s already been cycled through the FM dial two or three times before.

Canada might not be the first place that the lay person would think to look for up and coming hip-hop talent, but for those of us in the industry, the Toronto scene has always contained some of rap’s most thought-provoking hidden gems. The competition right now is especially thick, as more and more artists are gaining exposure through the prevalence of social media and the decline in physical releases in favor of digital downloading. It’s essentially easier than ever for artists in the underground to break into the pop culture spectrum, and it takes something significant to set yourself apart. I’m not saying that Mike Ra and his DXB studios are changing the world right now, but by putting out tracks like “Dogs,” they’re certainly making a big statement about where they want to be in the next era of popular music. It isn’t just about conquering the Canadian scene; it’s about injecting Canadian hip-hop into the international mainstream, and dropping some killer beats along the way. Whether their agenda is your own or not, I highly recommend checking out Mike Ra’s stuff if you’re a fan of new, post-Millennial hip-hop. “Dogs” is going to be a staple in my summer playlist, and I have a feeling that I’ll hardly be the only one blasting it by the time it hits specialty radio airwaves.