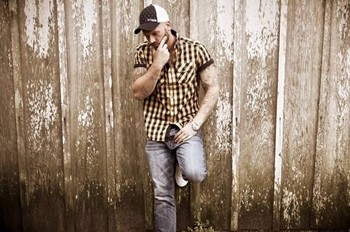 Seth Anthony (Born Feburary 14, 1986) in Fort Pierce, Florida is an Independent American Country music singer and songwriter. Anthony started making music at the age of 17, where he was inspired from his Mother growing up who was also an aspiring singer and songwriter from Tennessee. Growing up, Seth Anthony was influenced by music artists such as Garth Brooks & Eminem, hence his diversal style. He knew at a young age that he wanted to be a musician when others were dreaming of other professions. Music really played a key role and coping mechanism for Seth as detrimental things happened around him. Seth Anthony idolized others on television who became famous even though they were unfortunate at times in the past.

Seth Anthony had a somewhat troubled upbringing which fueled his hard felt lyrics exercising pain and despair. Anthony’s father passed at 51 when Seth was only 21 years old, which affected him negatively. Although Anthony had times of distress, he continued to write music and poems. He also excelled in novelisation, crafting short stories through personal experience and his imagination. The way that Anthony could eloquently describe events through ink, it wasn’t long before it was recognized that this was a skill that others didn’t possess.

While writing novels and performing live music, Seth realized that time was against him in this lifelong dream of being an artist. In 2017, with hopes of making his music dreams a reality, he relocated to Tampa Bay. As Seth started networking and developing connections in the music industry, he began recording his music at Executive Studios in Clearwater, Florida. Seth focused solely on his development as an artist and collaborating with others to receive feedback and suggestions. He immediately gained the attention of his peers and fellow musician for his unique style and sound. Others were flabbergasted, noting how well of a melody he produced without much experience in the studio prior. Producers were also in awe that Seth wrote all of his own lyrics.

This didn’t stop Seth from learning new techniques and eventually he hired a Vocal Coach, which helped in his delivery and the breaking of bad habits to become more efficient. These practices emerged immensely, giving Anthony a revised tone which raised awareness. In May 2018, Seth Released his long awaited Country music single “Roughnecks Fall in Love”, following it up with a premier quality music video. Seth Anthony also wrote songs called “That’s What I Wanna Do” & “Ballad of an Outlaw” which are scheduled to be released in June 2018.