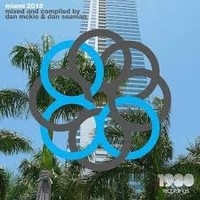 Ibiza Opening Party 2018, the new release from Dan McKie’s 1980 Recordings label, is a collective anthology of summer beats and party anthems to usher in a hot new season in European house music that is certain to please fans of the genre across the globe. Featuring Alex Franchini (who also mixed the record alongside McKie), Phil England, Anton Stellz, Jovial Joint, Luca Lento, Noone Costelo, Max Porcelli, A-Drex, DirtE, Andrea Casula, Sterbai and Alex A just to name a handful, Ibiza is as daring as you would expect an undertaking of this caliber to be, and although it is a somewhat intimidatingly ambitious LP, there might be something for everyone’s taste to be found in its 18 tracks of sonic pummeling.

To properly break down this record, let’s start by analyzing what McKie and Franchini absolutely hit out of the park; the mix on Ibiza is absolutely riveting. Wrapped up in my own western prejudices, I was expecting a much bass-heavier compilation than what is to be discovered on this record, and it is thanks to the skillful self-control that McKie and Franchini demonstrate behind the soundboard. This could have been a much more indulgent record when it hit the presses, which would have been really unfortunate, because tracks like “Shadows” “Bump” and “Run Deep” would be completely drowned out in a heavier mix. Impressive as the mix may be, the arrangement of these tracks is absolutely worth mentioning as well. From the opening track “Get Up” all the way through to the title track’s ‘continuous DJ mix,’ everything flows and gels here as though it were being performed by a singular artist. That said, Ibiza never slips into monotonous territory, and when it starts to get close to doing so, McKie seems to pull us back down to earth via the clarity of the album’s delivery.

If you’re new to electronica, Ibiza Opening Party 2018 is actually a good starter compilation to help you find where your tastes lie within the parameters of the genre. Anyone who thinks that this type of music all sounds the same would also do well to pick up this record, mostly just to become enlightened to how incredibly different and unique the artists within this culture can be. And while it’s not elevator music by even the wildest stretch of the imagination, there’s a delicate ambience to Ibiza that makes it perfect for background play while doing other tasks or perhaps even appreciating other forms of art (i.e. visual, physical). Like salt and pepper, it can accompany almost anything, but one thing that it simply doesn’t do is blend in. Distinctive by design and eccentric by nature, artists like Anton Stellz and Jovial Joint don’t fit into postage stamp sized critiques of modern music. Dan McKie was brilliant in assembling this group of artists precisely for that reason. This is an accessible disc for the newbies while still being an intriguing concept piece for diehard enthusiasts. 1980 Recordings is definitely on my radar now, and I’m eager to see more from this entire pool of talented musicians.