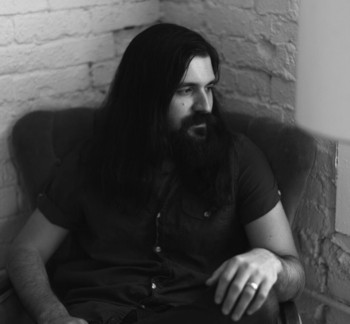 We are kicking the new week right with songwriter, musician and singer Steven Dunn. Steve is really busy at the moment as he is releasing a 4-part EP Series throughout 2018. The first volume, “GOD” was released on May 1, “LOVE” will be out on June 30, “AND” out on July 30 and “DEATH” out on October 31. Join us today as we chat with Steve Dunn!

@skopemag: Tell us about most the current project that you are working on at the moment?

I’m currently writing and demoing for a follow up album to the series I’m releasing this year. I have a four- part album series, called God, Love, And, Death, releasing and I want to follow it up pretty quickly. In the writing of God, Love, And, Death, I attempted to use a sense of realism that is meant to bring attention to the fleeting lives we lead and our inability to rationalize different aspects of our emotions. GOD is the first in the series that we tracked live in two days. I’m not a big fan of the “singles era” we’re in and wanted to write a concept album series. I didn’t want the series to hinge on just one song, but instead use every song as a piece of the narrative.

@skopemag: When you began your journey in music were your family/friends supportive?

So, when I was 16 I asked my mom if I could book a tour over summer break in high school. She talked it over with my dad and they agreed I could (I later found out they just assumed I couldn’t or wouldn’t.) I had booked about ten shows including Knoxville, Nashville, Louisville, Chicago, and Indianapolis. I ended up doing that tour with my mom driving me around in her minivan because she wouldn’t let me go on my own. They’ve always been supportive in their own ways, while also asking when you’re going to finish a degree or get a “real job.” They’re all well meaning, but going to music school, and consequently dropping out of music school wasn’t exactly their plan for me.

My wife has been amazingly supportive throughout everything and I can’t thank her enough!

How long do you have? That’s such a weighted question. A big one is that music is show business, now more than ever. With the advent of streaming you’re making your money from live performances, and a lot of creatives that are fantastic just don’t have the capacity or even desire to be an entertainer in that manner. I think if you look at artists that achieve sustained success over their whole lifetime, they all have this unspoken understanding that they have to mirror reality. Think about it in terms of movies, dramas aren’t good if there’s no comedic relief and comedies aren’t great unless they have a semblance of plot and reality. Good art contains a balance of these things and whether people know it or not they want it. You have your different pop culture things that will achieve success with the masses, but it’s never sustained. It’s not what people talk about in 30 years, 50 years, 100 years. Or maybe not, what do I know? I’m a music school drop out.

Creativity strikes for me at all times. I’ve had a lot of lyrics in the last year that are voice to text notes I’ve made while driving at 3 in the morning after a show. I’m very thankful to have a great studio space to create in that was a labor of love to build. It’s in a secluded area about an hour west from Nashville so it’s great to just step outside in the woods and relax for a few minutes. Definitely helps fuel creativity!

Love is the next album in the series to release at the end of June, so I’ve got that to look forward to and a decent bit of touring this summer. Hopefully I get to go back to Europe for a few shows this fall. I’m most active on Instagram if you want to connect with me.