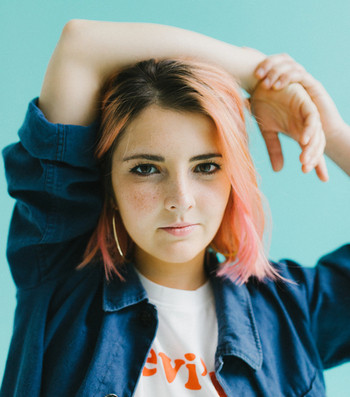 Rising, British pop prodigy Emily Burns has today released her catchiest single yet, and the third cut to be taken from her forthcoming debut mini-album ‘Seven Scenes From The Same Summer’, out 20th July on 37 Adventures (JONES, salute, Geowulf).

New track ‘Cheat’ perfectly demonstrates Emily’s knack for story telling in her music, with her relatable lyricism atop impeccable melody and infectious hooks; it’s little wonder the two singles she’s released this year, ‘Bitch’ and ‘Girlfriend At The Time’ have been streamed over 4 million times – there’s something about her songs that just invite repeat listening. Explaining the meaning behind the song, Emily reveals:

“I wrote “Cheat” after a whirlwind romance that ended much more abruptly than I’d hoped for! I was feeling let down but was struggling to see anything other than the good in this person. Then I had a chat with some friends who reminded me that I would have behaved very differently in the situation so, I went into the studio and expressed that. I wrote this one with LMBY, who’s a really good friend of mine, which made it super easy to get straight to the details and vent freely. I felt much better after writing it…”