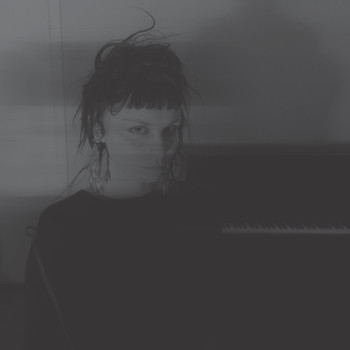 Sacred Bones Records’ newest signing Hilary Woods is sharing the video for “Prodigal Dog” from her upcoming debut LP Colt ahead of its release on June 8th.

Woods said of the video – “For Prodigal Dog I set out to make a video that was slightly claustrophobic, cyclical, predominantly black in colour, one that traced the internal feeling from where the song was written.”

Hilary Woods’ artistry is one of rare emotive reach. Her minimalist and compositional finesse combine with densely layered atmospheric instrumentation and dreamlike vocals to create music rich with both delicacy and intensity. The Sunday Times hailed her early solo recordings as “a revelation.”

After the release of two critically acclaimed EPs, Woods spent 2017 writing and recording songs on an eight-track in an abandoned flat she was living in at the time. Layering piano, synth, tape machine, field recordings, vocals, drone, unadorned beats, and old string instruments, these songs culminate in her debut solo LP Colt. Straddling the acoustic and electronic worlds, Colt is an intensely personal journey through grief, abandonment, and mutating love. Woods navigates this journey with a lyrical potency that cuts through stark piano, sensuous synth work, and textural acoustics. Somewhere between Marissa Nadler, Grouper and Julee Cruise, these songs evoke both the anguish of their content and the ecstasy of their craft.