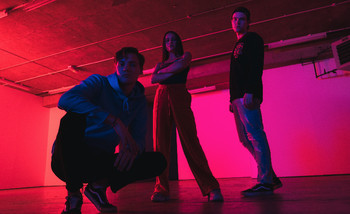 Swedish production pair NOTD have unveiled the official video for their hit summer single ‘I Wanna Know’ featuring Bea Miller. Consisting of Tobi Danielsson and Samuel Brandt, NOTD have racked up a number of acclaimed remixes in the past few years, including reworks for the likes of Stanaj (100 million streams), Shawn Mendes, Rihanna, Ed Sheeran, Sia, and Demi Lovato.

‘I Wanna Know’ already treading the same viral path, with almost 40 million Spotify streams since release, the track has amassed 50 million audio streams in total so far, and has hit Top 50 in Spotify US Charts, Top 30 iTunes Pop Charts, and Top 10 Spotify US and Global Viral Charts. The track is chart-bound at Top 40 radio with early support from Sirius XM Hits 1, Sirius XM Venus, Radio Disney and KYLD/San Francisco.

The official video focuses on Bea’s raw, emotional vocals, as she deals with feelings of anger, sadness, and jealousy, lighting a flame in fury over a petrol-lit concourse, as the NOTD boys watch on anxiously from the comfort of their car.