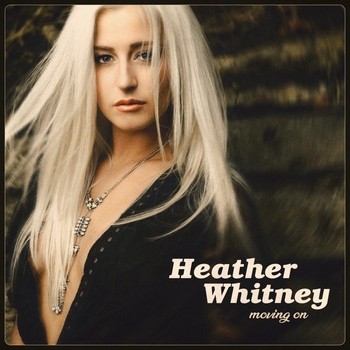 MTS Management Group is happy to announce Heather Whitney as joined the “MTS Family.” Heather has signed on with MTS for publicity and promotions of her album, “Moving On,” including her latest single, “Movin’ On Song,” and her video, “Shut Up and Dance.” The video was produced by Cherish Lee, daughter of country legend Johnny Lee and “Dallas” vixen, Charlene Tilton.

“Moving on” is full of love, heartbreak, and… moving on. This album is everything Heather has lived through, felt, and overcome, while in the studio. “Just because you’re working towards your dreams, doesn’t mean that the world stops spinning, and hardships won’t find you,” says Heather. “What gave me strength to complete my album, was knowing that I was not alone, & that someone else out there would hear these songs, relate to them, and possibly gain some healing like I did. We have to stick together.”

“Moving On” is available worldwide, on all major digital music outlets.

ABOUT HEATHER WHITNEY: Singer-Songwriter, Heather Whitney comes from an itty-bitty, one-red-light town deep in the pines of Southeast Texas, where the mosquitoes are big, but Heather’s love for music is bigger. Heather spent the last year flying back and forth from Newton, TX to Nashville, TN, writing, hand-picking songs for the album, and recording with producer, Buddy Hyatt.