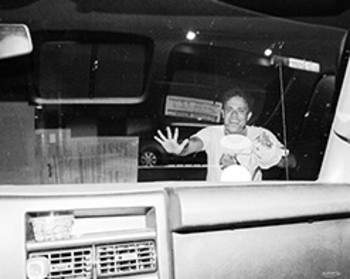 Where to begin with a man like Jeff Rosenstock? His first or second band? His career as a producer? His work in television? For an artist who embodies the “roots” in “grassroots,” it seems only logical to take it from the start.

Rosenstock first became a blip on the radar of the North Atlantic punk scene as the frontman of Bomb the Music Industry! from 2004-2014. Known for their DIY punk ethic, the band set themselves apart by distributing six albums worth of material for free online, consistently playing all-ages shows for no more than $10, and even letting fans and friends play songs live with the band if they learned a tune and brought an instrument. By the end of their stint, the band had inspired a new generation of young punks around the world. To fans’ dismay, BtMI! played their final show in Brooklyn in January 2014.

After a decade of cutting his teeth with Bomb, he switched gears to produce records for the likes of Mikey Erg, Dan Adriano, and The Smith Street Band, but his love for songwriting persisted, compelling him to release new records under his own name. Rosenstock struck punk gold in the form of 2016’s Worry: a 17 track album squeezed into under 40 minutes that prompted Jeff and his new band’s first television appearance on Last Call with Carson Daly, as well as praise from major press outlets like USA Today naming it the #1 album of that year. With new-found success came a demanding touring schedule that saw the band on the road for two years straight, only pausing to record new music.