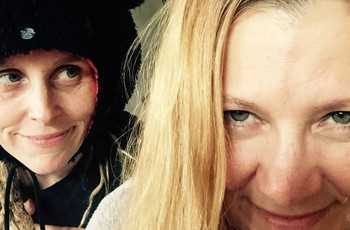 Why on earth would a band ever want to disassociate themselves from two of the most iconic names in Rock music? For Beaux Cheveux, the comparisons come all too often. Mainly because the band is made up of members from AC/DC & Led Zeppelin… Well, sort of. Guitarist, Adrian Conner is Angus Young in the all-female AC/DC tribute band, Hell’s Belles, and drummer Clementine is Bonzo, drummer of the legendary all-female Led Zeppelin tribute band, Zepparella.

Their two-piece super-group, Beaux Cheveux, has joined forces to break down all boundaries and flex their considerable muscle in the world of original music. Check out the band’s latest release, “Free Love.”