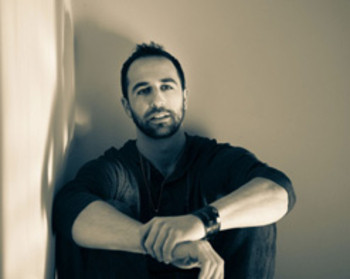 Never one to rest on his laurels, Massachusetts’ very own Matt Wade, better known as My Silent Bravery, is constantly exceeding the limits of his success by delivering world-class music and eye-catching music videos without the help of a record label. His last single, “Got It Going On”, exemplified this by garnering accolades, reaching #1 in Billboard’s Hot Single Sales, #8 in Alternative Digital Song Sales, and #9 in Rock Digital Song Sales. We here at HIP Video Promo have been so honored to work with him on several videos in the past, and we’re elated that we’re at it again with My Silent Bravery’s next hit single, “Girl You Think You Know.” MSB is impossible not to root for as he now sits on the precipice of breaking through in a major way.

“Girl You Think You Know” is a familiar ballad, turned on its side with that unmistakable My Silent Bravery sonic touch. The song swings in with classical strings accompanying an acoustic guitar and soft bass, a combination that instantly provides the brain tickle we all desire. The lyrical sentiment of the song has a very deep meaning behind the surface. It describes a girl, so obsessed with her appearance and reputation, she is addicted to the instant gratification of showing off her beauty to strangers on the internet. People who see her from the perspective of a screen assume she is a perfect woman, beautiful, passionate, confident, and owning it. But behind that screen lies a woman’s lonely heart. On the inside, she is broken, and all those outward moves are actually cries for help.

The video follows this sentiment with utter perfection. It opens with the drop dead gorgeous main character (played by aspiring actress Livy Poulin) floating around with a pink wig on. She soon pulls off the wig, alluding to the fact that there is more than meets the eye when it comes to her striking persona. There is never a time when she looks anything but flawless, at night, doing her makeup, and especially out in public. But when she looks at herself in the mirror, there is contempt. She begins to pick at her skin with a look that says she wishes she could rip it off. No matter how many people around her think she is beautiful, she is eaten alive by body dysmorphic disorder.