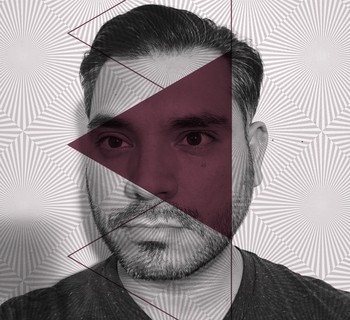 So we @skopemag are so excited as it is Friday and Forest Robots are here to chat before the big album release – ‘Super Moon Moonlight Part One’ on March 30th. Forest Robots have been busy with recording, music videos, and promotion. From what we have heard on Youtube this collection of music is going to satisfy many music lovers. Fran Dominguez leads Forest Robots and talks with us about the album, the meaning behind the group, being a musician in 2018, and so much more!

Hello Skopemag. I’m currently in the studio sorting out promotional work for the next single from the forthcoming album “Supermoon Moonlight Part One” due out March, 30th.

@skopemag: Offer us a brief history of how Forest Robots came to be and the connection to your daughter about the wonders of nature?

Over the last nine years I have scaled over 500 mountain summits and eclipsed 3,000 miles in my home state of California and the Pacific Northwest. During that time I have taken countless pictures of my travels and compiled a great number of stories as well. But it wasn’t until the birth of my daughter four years ago that the idea began to germinate. She was the catalyst to compile all of these pictures and stories together to express to her the wonders of nature. Music being the more universally friendly language to communicate with children, I decided to use this language to tie the pictures and stories together for her.

@skopemag: What does the name Forest Robots mean?

Forest Robots represents the perceived incongruence of technology and nature. It is a parallel of the principle of Yin and Yang in Chinese philosophy. For years, modern technology coupled with urban living has pushed our collective spirituality away from our primal connection with nature with quite devastating results- general social disconnect being one of the most obvious. The music on this album represents the journey to find the balance between nature and technology. The use of orchestral and acoustic instruments against electronic synthesizers, beats and effects is in effect my personal attempt to show how opposites can perform in harmony and in effect, how people can also find balance within themselves. There is also a slight nod in the name to Kraftwerk’s song “Robots” which my daughter absolutely loves.

@skopemag: How long did it take to create that niche sound of Forest Robots?

There is a level of irony to this answer as I didn’t really hone in this sound as much as it’s honed me through my travels. I’ve always been a fan of music that takes its time to develop a message whether it’s electronic ambient music, classical, jazz or even psychedelic rock. Nature moves and evolves with seasons and ages. It is not a thing that happens overnight although natural disasters can make it seem that way. It is something that takes thousands of years. Expressing that evolution through music comes natural to me because it is also very similar to how I choose to express myself through music.

@skopemag: What 2 bands/artists would you say inspire you today?

This has to be the toughest question in this interview because there are many artists/bands that I have learned something key that has helped me in the development of my musical education but if I had to answer based on whose artists I have followed most devoutly then the answer is David Bowie and Brian Eno. I have learned the most about music composition as well as musical approach from them.

@skopemag: Your album, ‘Supermoon Moonlight, Pt. One” is due out March 30th. How long did it take to complete this collection from start to end?

Unfortunately, there is not a very specify answer I can give you. In the last four years I wrote over 45 pieces of music. At different points in time any one piece was a contender to be in the album. I’m not sure what took me longer, the composition of the pieces or choosing the right pieces to go into this album. Eventually, I settled to break off the compositions into groups, hence the Part One. The choosing of the tracks however wasn’t done in a linear progression like most albums are. Some of the first tracks I created will end up in Part Two and some newer tracks ended up in this album. Part One is sort of the left picture of a Triptych and yes, I realize this is a very specific analogy. Apologies for that!

@skopemag: How did you choose “Times When I Know You Will Watch The Sky Pt. I” as the stand out as the promo single for the album?

Not long after I composed this track I knew right away it was going to be included in this album. It was the first song of many I was composing at the time that I felt it captured what I was trying to convey with the music. The ambiance and feel of the composition eventually became the benchmark for the entire album.

@skopemag: Any plans to play the album live on the road?

I’m working on something unique at the moment but there are many variables to work out. I’m looking into the possibility of webcasting performances from different unique places in the outdoors (National Parks, forests, desert locations). I’m more interested in doing something a little different with live performance rather than going the usual route at the moment.

@skopemag: What is one thing you love about being a musician in 2018?

At its most basic core, the reasons I love being a musician now are the same as 10 years ago. That is, I get to express myself creatively. For the last few years the music industry have been undergoing a lot of changes and facing many challenges and it’s difficult to ascertain what kind of climate will prevail for independent artists like myself after all the dust has settled. However, the goals for creating music as well as the source from where I draw the most satisfaction from have not changed.

@skopemag: When you are not making music what else do you enjoy?

As I mentioned before, I do a lot of hiking and mountaineering. It’s not only my source of inspiration as a photographer, writer and composer but it’s also my source of good mental health. Whether I go by myself, with my daughter and wife or with friends, spending time in the outdoors is my by my most accomplished activity.

@skopemag: What is coming up for Forest Robots and where you @ online?

I’m currently in the process of readying the follow up single to “Times When I Know You Will Watch The Sky Pt 1” from the album “Supermoon Moonlight Part One” as well as putting the final touches to the accompanying video. It is titled “Follow The Towers To The Moon” and it will be out on March 24th, a week before the March 30th release of the full length album.