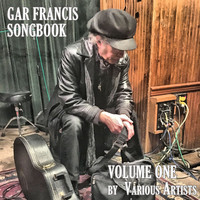 Tom Vicario offers an inviting galloping rhythm with the powerful “Baby Let’s Go”. With a sense of tenderness, the lyrics unfold with a sense of purpose. Nicely framing it all is the gorgeous western twang of the guitar work helping to make it feel so joyous.

“Come On Come On” goes for a 60s psychedelic pop style, showing off the Easy Outs’ impressive chops. A fully realized sound from the rush of the drums to the instance of the organ, everything works in such a colorful way. Layer upon layer of sound is applied giving the song a true sense of life.

A bluesy defiance pours out of Genya Ravan’s fiery “I Won’t Cry Anymore”. Featuring a full band sound, the whole piece possesses a stately aura to it. Energetic to its very core, the storytelling focuses upon being on one’s own as the greatest sort of independence.

Gorgeous hard rock riffs graces “Satisfied” as Tyce Green taps into a classic rock sound. Volume deserves to be blasted for the sound has a physicality to it. Underpinning these muscular grooves are the sweet, yearning, highly romantic lyrics.

Kelly Caruso creates a duality of sound with the potent “Born Dainty”. Drawing from the impressive banjo playing to the heaviness of the guitars, the way the song shifts gives it a series of unexpected twists and turns. Her vocals truly tie the whole thing together with lyrics that focus upon self-assurance.

Summery with a gentle lightness, Ricky Persaud Jr.’s “Meet Me” has a relaxed spirit. Ambitious with its embrace of space the whole piece has such a mellowed, blissful style. Embracing a reggae groove the piece feels truly life-affirming.

The Satisfactors go for an efficient rhythm on the power of “Sweet Sunshine”. Like a long-lost classic, the song feels positively timeless. From the jagged work of the guitar to the commanding vocals, it all works in a wild, unhinged sort of way.

Unhinged with its sweet style, Mark Lindsay’s “Rush On You” has a swinging rhythm to it. Playfulness rests front and center, for the lyrics are easily the highlight of the whole piece. Vocals and a careening guitar work in unison to give it a giddy, slightly crazed personality.

Driving rhythms tie together the powerful beauty of Mia Moravis’ “A Spy For Love”. Attention to detail works perfectly, as the whole garage rock approach adds to its raw grit. Stylistically, Mia Moravis draws from balladry, the blues, with an insistence on almost a punk-like energy.

With echoes of Bow Wow Wow’s unforgettable riff of “I Want Candy” is the 80s style of Jana Peri’s “Ballerina of the Bowery”. Jana Peri’s vocals truly carry the piece along for the lyrics focus upon the highly intricate details of a life lived one’s own way. Indeed, her storytelling feels so joyous with a sly sense of humor.

Anthony Krizan goes for a potent sound with the bombastic blues of “Break It Down”. Truly a beast of a track, the way the drums hit hard, and the fuzzed-out guitars soar into the sky, the whole thing has a party like atmosphere. With a chorus that possesses such a tremendous passion the whole thing feels so honest and celebratory.

Crab Bubbles Band go for a jaunty groove with the potent “Fool For Your Love”. Featuring intermingling guitars, the whole piece feels almost akin to a dream. Lyrics have a caressing aura to them.

Inches From Sin embraces a bright airy atmosphere with the childlike wonder of “Make Up Your Mind”. Gracious melodies waft through the entire piece. Best of all is the way it all perfectly comes together into a vibrant stream of sound.

Kathryn Shipley sings straight from the heart on the soulful “Shine Your Love”. Her voice possesses such a grace, as she looks for salvation. Nicely backing up her carefully chosen words is the glistening organ sweeping through in such a luscious way.

The Corridors go for a reflective ambient bliss on “The Hand Of Fate We Hold”. Sweeping through ever so smoothly the way the piece builds up gives it a tremendous spirited presence. By the latter half the piece the guitars go for a spaced-out jam showing off their stately presence.